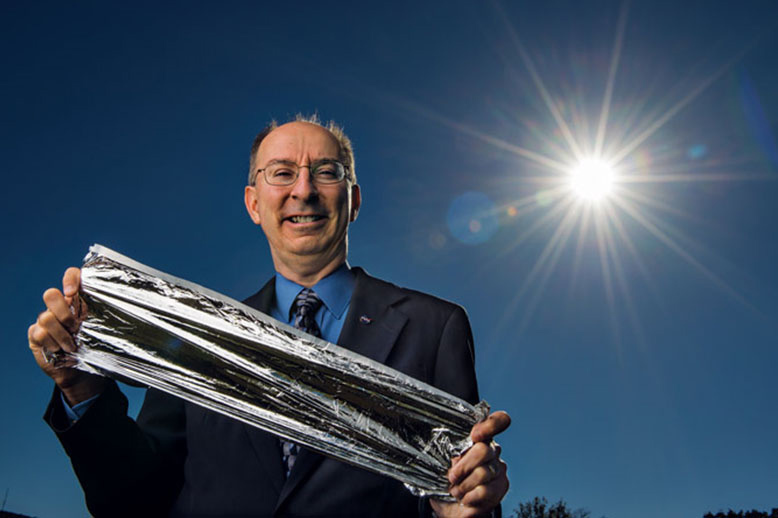 Scientist and fiction author Les Johnson is returning to his alma mater of Transylvania University to give a talk on working at NASA.

Johnson, a 1984 graduate, is the principal technology investigator for America’s first interplanetary mission using solar sail propulsion — one waiting to blast off on the Artemis I rocket Nov. 14 (after several delays).

He will give a talk, “You Don’t Have to be Neil Armstrong or ‘Big Bang Theory’s’ Sheldon Cooper to Work at NASA,” and sign books Nov. 2 at 7 p.m. in Carrick Theater.

The event is part of the school’s Creative Intelligence series directed by professor Greg Partain, who said Johnson is a “lively presence.” “A serious scientist by day, he leads a team that works at the frontier of research at NASA. Just as impressive, at night and on weekends, he writes popular science fiction novels. He’s a true Renaissance man in the liberal arts tradition.”

Find out more about his books, including “The Traveler’s Guide to the Stars.”

“NEA Scout will be America’s first interplanetary mission using solar sail propulsion,” Johnson said. “There have been several sail tests in Earth orbit, and we are now ready to show we can use this new type of spacecraft propulsion to go new places and perform important science.”

NASA describes the craft as roughly the size of a large shoebox with a sail as big as a racquetball court — but thinner than a human hair. “The large-area sail will generate thrust by reflecting sunlight,” according to NASA. “Energetic particles of sunlight, called photons, bounce off the solar sail to give it a gentle, yet constant push. Over time, this constant thrust can accelerate the spacecraft to very high speeds, allowing it to navigate through space and catch up to its target asteroid.”

It will take photos when it reaches its target to help scientists study these near-Earth asteroids, some of which could pose a threat to earth. “Understanding their properties could help us develop strategies for reducing the potential damage caused in the event of an impact,” said Jim Stott, NEA Scout technology project manager.