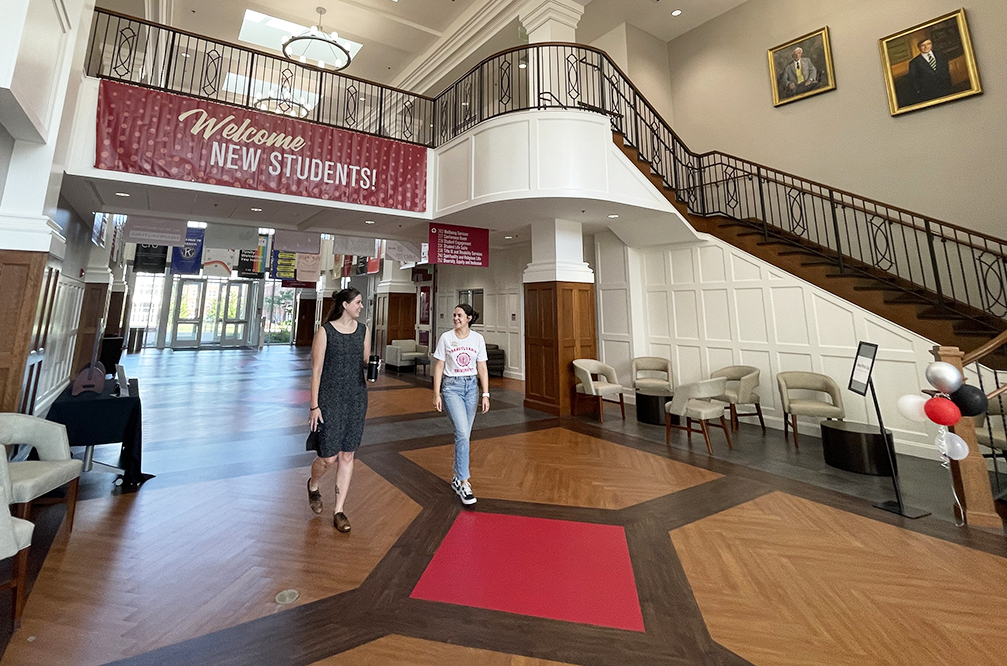 Around 300 strong, these Pioneers will get to know each other and the university better over the next week through orientation and First Engagements classes. And once the school year starts Aug. 29, they’ll take advantage of new programs like the Center for Entrepreneurship and esports, as well as all the expanded Campus Center has to offer.

The Class of 2026 hails from 22 states across the nation and five countries — from India to South Korea. Of the class, 23% identify as students of color, and 18% are first generation.

These students have also proven themselves in the classroom, coming in with an average GPA of 3.7. And 16% of the class earned a spot in the Premier Scholars Program featuring the university’s top academic scholarships. More than a quarter of them took advantage of the test-optional admissions policy, and half will participate in sports.

“The academic and demographic make-up of the class is similar to classes from the past, but their pathways have been so different,” said Johnnie Johnson, vice president for admissions. “Juggling an international pandemic with switching between in-person and online learning and experiencing social unrest throughout our country has challenged this group of students to be leaders, activists and innovators. They’ve been able to maneuver through so many obstacles that we know they are ready for the rigors of a strong liberal arts education at Transy.”

Johnson looks forward to seeing the impact they make on campus and beyond.  “I have no doubt that this class will be among the most active and community-minded classes Transy has seen,” he said.

To help with their transition to college, this year’s orientation features a first-ever “Pass on the Light” ceremony Saturday morning, followed by traditional events like Sunday’s Greet Line and Class Photo on the Old Morrison steps.

Check out the full orientation schedule.

New students will receive traditional commemorative coins inscribed with the school motto and an inspirational quote during an Opening Assembly for the whole campus on the first day of classes. A greeting line for them and a school picnic will follow.

“We are so excited to welcome the Class of 2026 to Transylvania,” Johnson said.