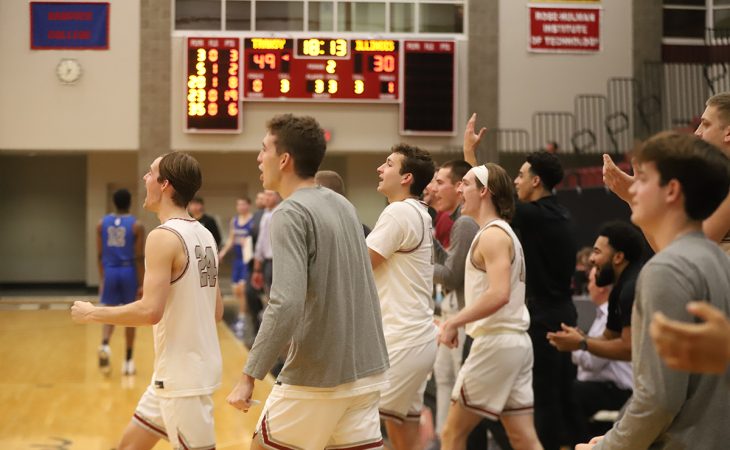 The Transylvania University men’s basketball program has been honored for outstanding achievement in the classroom by the National Association of Basketball Coaches.

The Pioneers earned a Team Academic Excellence Award for squads with a GPA of 3.0 or higher, and six players were named to the NABC Honors Court, which goes to juniors and seniors with a GPA over 3.1.

“This team impressed me on a daily basis with their work ethic on the court and in the classroom,” head coach Brian Lane said. “I love the fact we have so many guys that can be elite in the classroom and on the court. All of our graduating seniors received multiple job opportunities and I look forward to following their professional careers.”

“I am delighted to see these young men not only push themselves on the court, but in the classroom. They continue to show why Division III prepares student-athletes for the next 40 years for their life,” said Vice President of Athletics Holly Sheilley.

NABC Executive Director Craig Robinson said, “Academic success is a core value of the NABC and a priority shared by men’s basketball programs across the country. Excellence in the classroom requires hard work and dedication, and the NABC considers it a privilege to honor these deserving student-athletes and the coaches and staff who support them.”

Over the past month, other Transylvania scholar-athletes have been honored for outstanding GPAs. Five women’s golfers and our swimming and diving teams earned All-American scholar recognitions. Also, both tennis teams won Intercollegiate Tennis Association academic awards, and individual players were honored.