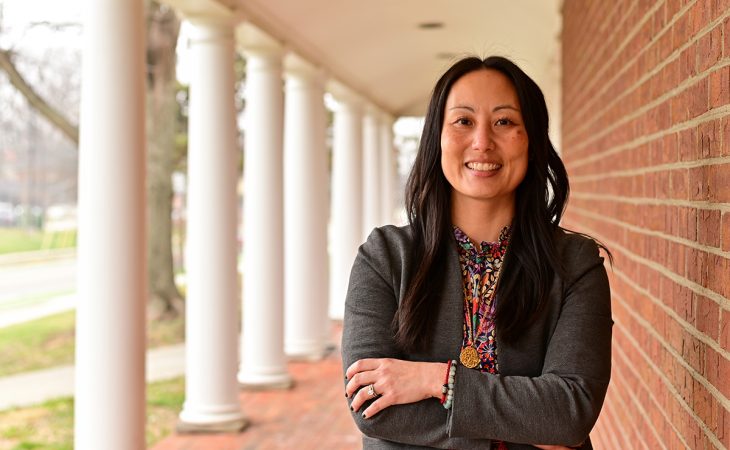 Transylvania University has hired an experienced business consultant with a passion for education to lead its new Center for Entrepreneurship.

Jeni Al Bahrani began last week as director of the center, which will promote creativity and innovation while encouraging students in any academic major to pursue their interests and explore a wide range of entrepreneurial career paths.

“I believe in entrepreneurship education, and I think it can benefit every student to help them innovate, learn how to value their community in a different way and develop creative confidence, something that Transy really believes in,” Al Bahrani said. “I’m excited to be here as the inaugural director of the center.”

Before founding several entrepreneurship consulting agencies and working in industry, Al Bahrani earned a bachelor’s degree in business administration from Thomas More College in northern Kentucky and a master’s in entrepreneurship from Trinity College in Dublin, Ireland.

She’s spending this first month getting to know Transylvania better, meeting with as many members of the campus community as possible. She asks for students to contact her if they’re interested in participating or have ideas about the center, and she plans to spread the word about it to the local community.

With academic components planned for the future, the center initially will focus on engaging students with extracurricular, experiential programs and events, including startup competitions, internships, workshops and a speaker series; they’ll also be introduced to successful businesspeople and organizations in the area.

Being in Lexington — which ranks in the country’s top 10 cities for entrepreneurs — provides many opportunities for students to network with local business leaders and get hands-on workplace experience.

In addition to having the obvious business angle, entrepreneurship fits well with Transylvania’s overall liberal arts mission. Al Bahrani pointed out how it can provide opportunities to pursue social change and for students to develop a creative mindset. And from an interdisciplinary perspective, students in a variety of majors — from art to anthropology — can benefit from an entrepreneurial spirit as they think about personal branding and earning a living after graduation.

As for specific programs, Steve Angelucci, assistant to the president for special projects, noted the center is planning partnerships with several local and regional groups to deliver experiential programs connecting Transylvania students to relevant businesses and industry leaders. More details on these will be announced soon.

Angelucci, who has been working to get the center up and running, said members of the school community — from trustees to students — have embraced the idea for it.

The university sought a director who not only understands business, but can also work well with faculty. “It takes a skilled person with multiple talents, and I’m very excited that we have found someone who exudes that,” Angelucci said.