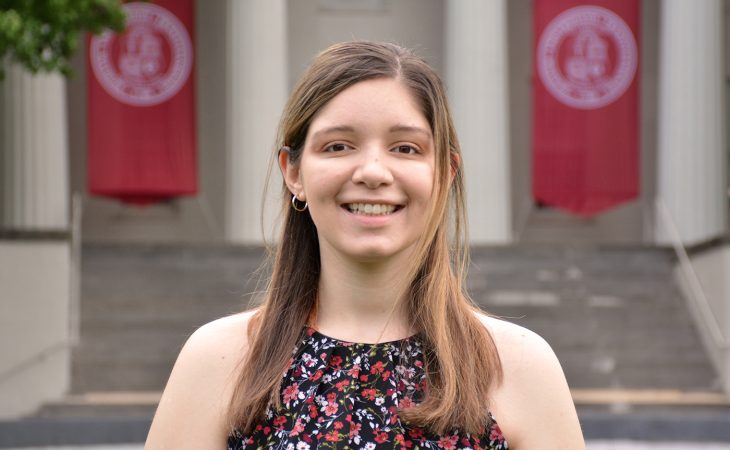 For the seventh time in the past 10 years, a Transylvania University student has received the competitive Cralle Foundation/Joan Cralle Day fellowship from the University of Kentucky.

Senior Sydney LaRue won the $15,000 award to attend the UK College of Law beginning this fall. Nominations were open to students from 18 private Kentucky colleges.

LaRue, who is from Louisville, plans to focus on criminal law and eventually become a public defender.

“I’m really excited,” she said of receiving the fellowship. “I wasn’t expecting it at all. It’s a big honor.”

She’s majoring in history and minoring in French and anthropology. “I became really interested in American history while I was here,” LaRue said. Specifically, she has been intrigued with the history of legislation in the U.S. — and reading about historical figures, especially accounts of women and their journeys through law school.

LaRue was nominated for the 2021 Cralle fellowship by a committee made up of Transylvania faculty. Read more about this award for professional or graduate school studies at UK.