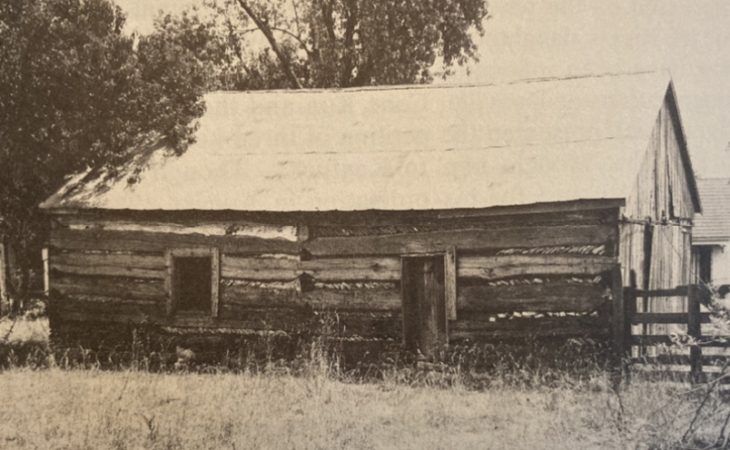 A transcription of the following article was found among the manuscripts of Samuel Constantine Rafinesque. The eccentric, 19th-century Transylvania University professor claimed the story had originally appeared in Lexington’s Kentucky Gazette — as part of a special edition welcoming the school to town.

No record exists of such an edition, although the Gazette was up and running by then. In fact, it has been called the first newspaper west of the Alleghenies (despite the Pittsburgh Gazette being a year older), and it devoted considerable coverage to the early tribulations of Transylvania, the first college this side of the mountains. (The school also seems to have one of the longest-serving professors in the esteemed and gracious Don Dugi.)

While professor Rafinesque apparently made stuff up and passed it off as real, historical accounts in this article coincide with those in John D. Wright Jr.’s “Transylvania: Tutor to the West.” (But truth be told, we’re sure it’s satire.)

Note, the school was called Transylvania Seminary in the beginning. And despite its humble start quickly became a beacon of learning, producing many distinguished alumni, including U.S. vice presidents and Supreme Court justices.

After several eloquent speeches and a poetry reading by a student who had been recalled from summer break, we sat down for pudding at this May 4 event celebrating the 10th anniversary of Transylvania Seminary’s Charter Day.

“Education couldn’t come soon enough to these parts,” said Don Dugi, the school’s newly hired professor, leaning toward me as we ate our dessert inside the modest Lexington schoolhouse. The more I pondered his words, the more I realized the truth in them. As citizens in a remote wilderness, some would say mere survival is our most important endeavor — but if we are also to thrive, we must keep the lamp of learning burning brightly.

Transylvania is still only a grammar school of sorts, with 13 students learning Greek and Latin, some paying tuition in the form of corn, tobacco and pork. So there is no denying it has gotten off to a slow start since its chartering in 1780 by the Virginia legislature with the support of then Governor Thomas Jefferson.

In truth, five years passed before the first class even met, despite the trustees having received a gift of thousands of acres of land from the General Assembly. “Why the delay?” I asked professor Dugi.

“Just because a college is chartered doesn’t mean a William & Mary magically appears in the forest,” he said. (Gazette readers may already be familiar with professor Dugi, who was recently interviewed for the article “I cannot tell a lie? An investigation into Washington’s campaign contributions.”)

The many challenges to birthing Transylvania included a lack of money (the gift of unsurveyed property being hard to rent or sell) and the perils of the frontier, which took the lives of six of the school’s first 13 trustees. Being able to gather a quorum for an official meeting was a rare occasion.

Finally, in February 1785 board chair David Rice opened his cabin near Danville for students to attend classes. But they lacked luxuries like books and paper (the latter not being as big of a deal because they lacked writing utensils too). Transylvania did manage to find a teacher, Rice’s son-in-law, but he lasted only a year, and after he left, the school apparently shut its doors until the move to Lexington three years later.

There has also been much debate about the role of religion at Transylvania; for example, some feel no particular denomination should be able to control the school — that the pursuit of truth should take precedence over adherence to the dogma of a sect. These battles have enlivened the very pages of this Gazette through submissions from the likes of “Catholicus” and “A Transylvanian.”

Despite these myriad obstacles, an institution of higher learning has been hewn from the forest — the very name “Transylvania” being Latin for “across the woods.” Culture is establishing a foothold on the frontier, right here in Lexington, an outpost of fewer than a thousand souls.

Going by all the prominent townsfolk gathered for this Charter Day observance, it seems they recognize the importance of the school’s arrival.

Professor Dugi said the move was also good for Transylvania. “This is a much better place for a college than Danville.”