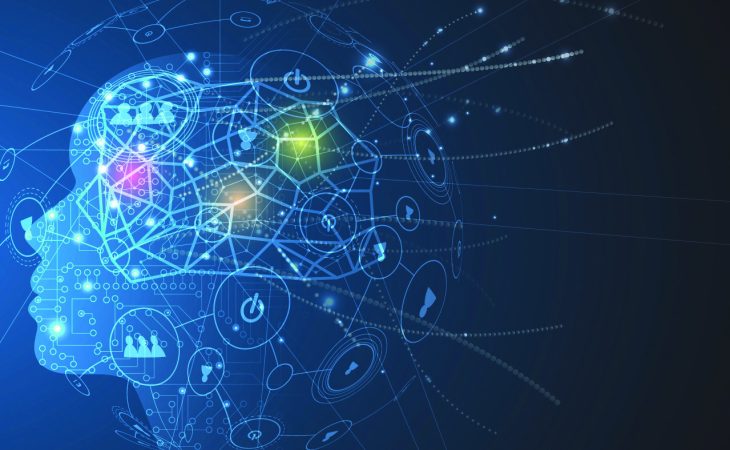 You might not expect to find much enthusiasm for cutting-edge technology at a 241-year-old institution grounded in a traditional liberal arts philosophy, a place where you could easily imagine students sitting on a sun-dappled lawn under a spreading tree as their professor elucidates literature of antiquity.

The school in fact is becoming a leader in high-tech liberal arts, having started down this path well before COVID-19 mashed down the accelerator of the digital revolution. Two years ago, Transylvania hosted a national seminar on the topic, drawing professors from places like Vassar, Rhodes and Bard colleges. A year before that, the university launched a Digital Liberal Arts initiative, which continues to fund a variety of projects — from buying equipment to training faculty. These efforts ensure students will have an edge in a workforce increasingly dependent on new technologies.

So after the coronavirus hit, Transylvania was already well positioned to pivot to new ways of teaching, learning and creative expression.

When junior John Payne joined a recent video chat from home on just that topic, he looked like a young man prepared for the digital revolution as he talked into a podcasting mic at the end of a boom arm.

As a work-study student for music professor Timothy Polashek, co-director of the DLA initiative, Payne has been assisting faculty and students with technology, whether that means helping a professor broadcast a cello recital on Zoom or setting up classroom cameras for distance learners (the school has been offering a mix of in-person and online courses for the past year).

Payne is a digital arts and media major and computer science minor interested in website and app development as a career, so this fall’s practical experience has been good preparation for his future. Also benefiting him is the interdisciplinary nature of his liberal arts courses, which encourages him to make connections across a broad range of subjects. For instance, in his Art and the Internet class with professor Emily Goodman, the other DLA co-director, he explored creative ways to express himself through technology (a skill that’s highly relevant to website development).

Now he’s a Swiss Army knife of design, able to incorporate audio, video, coding and graphic art into projects. “I can do a little bit of everything, enough that I can fine-tune which part I feel is most important to me and then base my career path around that.”

Junior Katie Dienhart also is embracing technology to round out her education. As with Payne, she’s a work-study student assisting the DLA co-directors with things like posting online tech tutorials and giving video presentations on podcast production. Note, she’s a biology major minoring in philosophy and psychology — and plans to attend dental school.

Dienhart says she’s learned a lot through her DLA work and from the remote nature of her classes. In Genetics, for instance, her professor had her navigate various online databases in lieu of being physically present in a lab. Diving into these collections of data can be intimidating at first, but now that she knows her way around databases she can use them to add depth to future research and class projects.

Looking at the big picture, Dienhart says she’s realized the growing importance of technology to myriad aspects of our lives. “Regardless of what you choose as a career, you’re going to encounter technology in some way, shape or form. I definitely think that I’ll be able to use some of the skills that I’ve learned throughout the past year in my future career.”

Other Transylvania students also got practical lessons in technology this past fall from an online, multimedia theater production of “Railsplitter.” They collaborated with faculty, staff and alumni to create 31 video segments adapted from a collection of poems written by English professor Maurice Manning in the posthumous voice of Abraham Lincoln.

Part of the New Frontiers series, the show was a highlight of the year as it brought together the school community during a time when many people in our society feel disconnected.

The participants employed technology not only for obvious tasks such as filming and editing, but also as a way for them to work together. “Though we have had to be physically apart, the entire process has been surprisingly collaborative,” first-year student Anne Elizabeth Forker said back in November before the show’s premiere. “We used video conferencing platforms for meetings and rehearsals, sent and received feedback via email, filmed and recorded various performance aspects and edited everything together to make an incredible show.”

Theater program director Tosha Fowler pointed out how the project taught students new ways of expressing themselves. “They’re learning how to communicate through a screen, which I would say is more important now than it’s ever been.”

Goodman also has seen her students develop this kind of visual literacy. Because they’re on video so much, they are becoming more aware of what it means to present themselves in a particular space on camera, she says.

While students are learning skills and connecting in new ways, they’re losing some information they’d otherwise pick up on through face-to-face interaction. For example, some body language cues get lost over Zoom, and professors might have a more difficult time keeping tabs on their classes. (It’s not hard to see when someone is sleeping in person — but online with a camera turned off, who’s to know … unless they’re snoring?)

Nevertheless, Goodman points out how faculty are coming up with creative ways to foster personal connection over a distance. English professor Kremena Todorova, for instance, solicited from her students a list of songs she plays for them as they log in to class each day “so that they feel like they’re part of the virtual space together,” Goodman says. Solving problems in unique ways like this, after all, goes along with the liberal arts mindset.

It also helps that Transylvania is a small campus; the DLA co-directors can meet with all of their colleagues to figure out specific needs, and having a close-knit community means professors are quick to assist each other during this digital transformation.

“The faculty at Transy are interested in not just collegiality, but in interconnected problem-solving and helping support the quality of the pedagogy that we’re known for,” Goodman says.

Professors have been getting together for weekly Tech Tuesday sessions with the support of Nikita Lewis, digital content and technology integration specialist, to learn the ins and outs of synchronous and asynchronous learning, how to use Zoom breakout rooms and overcoming the challenges of mixing in-person and remote classes, for instance.

The DLA initiative has also spearheaded collaborative project teams of professors who will create various forms of digital public scholarship together.

Going forward, Polashek sees faculty continuing to use a newly adopted online learning system called Canvas to manage grades and for presentations outside normal class time. And newfound remote teaching know-how will remain an important tool in situations like when student-athletes are playing away games and need to keep up with classes. “We’re all going to be using Zoom a lot more,” Polashek says.

Students and professors will have other technologies at hand with the resumption of full in-person learning. Last year the DLA program acquired 20 iPads and Apple Pencils to lend out for digitally enhanced classwork — picture botany students carrying them into the field, or an art class manipulating a 3D sculpture on the screens. Additionally, students can borrow equipment such as laptops and cameras from the library if they need them, and they have access to two well-equipped technology labs on campus.

For now, professors have borrowed the iPads and Apple Pencils to do things like make notes on students’ digital assignments and learn various apps. “We’ve got these things — let’s train our faculty so that they can more effectively use them when we’re back in person,” Polashek says.

These devices complement the school’s 20 Oculus virtual reality headsets, which classes have been using for a few years now. (Transylvania also offers a Mobile App Development course that includes instruction on programming for tablets and smartphones.)

Beyond coursework, Rebecca Thomas, vice president for academic affairs and dean of the university, sees other ways technology has been enriching the campus community.

She mentioned how putting programs online expands their potential audiences and brings more diverse voices to the discussions. Now alumni from around the world can join weekly presentations by professors — events that had drawn almost exclusively other faculty who tend to ask more narrowly academic questions.

Same goes for shows like “Railsplitter,” online Morlan Gallery exhibitions and an open forum President Brien Lewis had with alumni via Zoom in December. Also, the public was invited to join the campus community for “Black Students Matter: Let Us Be Heard,” a virtual town hall presented by the school’s Creative Intelligence series and Black Student Alliance on issues such as the experience of Kentucky’s Black college students.

Being able to touch more people’s lives and build connections is no mean feat in a time known for isolation. And none of it would be possible without technology.

“Despite the difficulties, we’ve opened up new realms of creativity,” Thomas says.