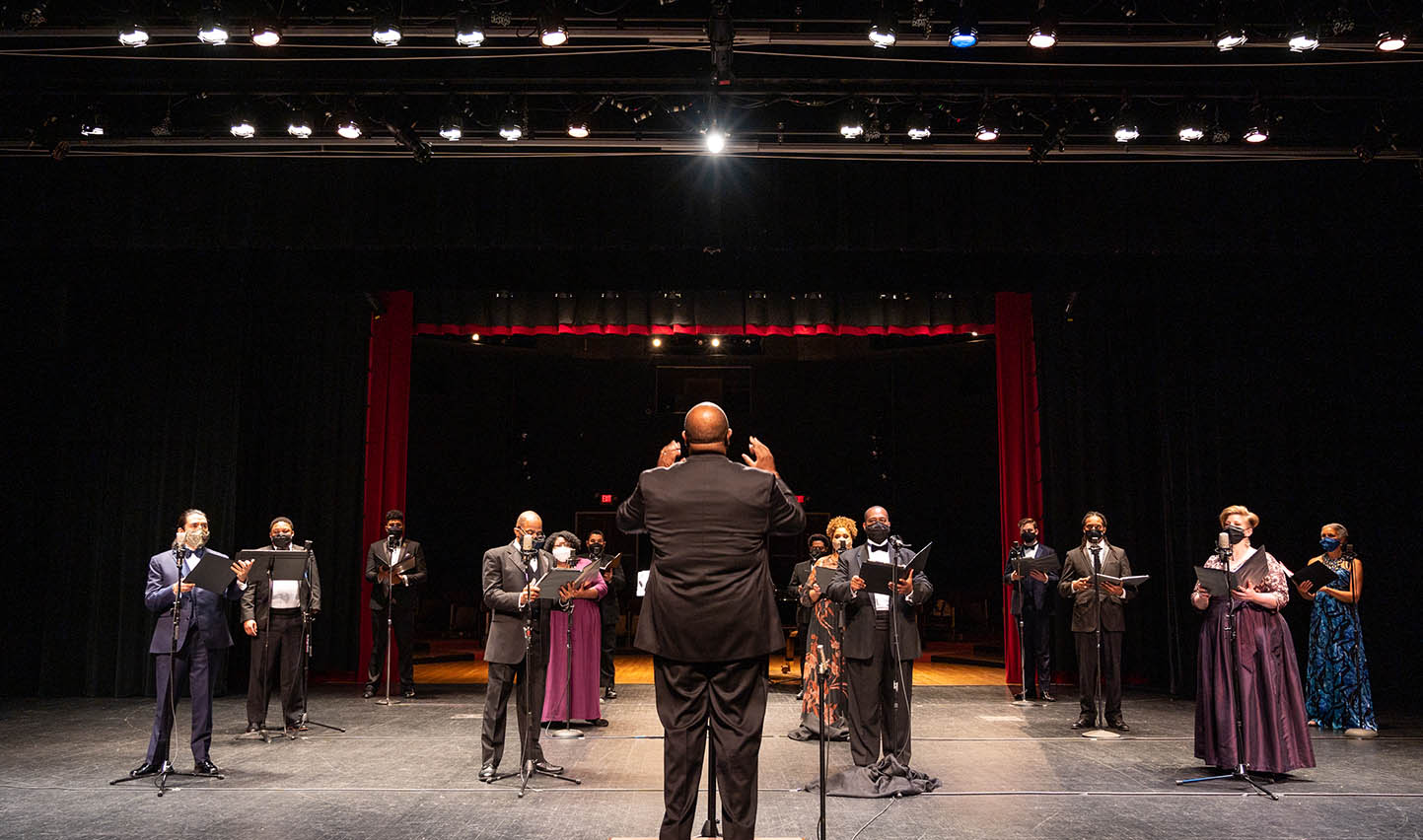 The free show will stream online for 10 days beginning April 2, with a virtual artists’ discussion April 11.

Conducted by founder and music director Everett McCorvey, “The Power of Spirituals” combines vocal performances with commentary and first-person narratives selected by author Eileen Guenther from her recently published book, “In Their Own Words: Slave Life and the Power of Spirituals.” The performance marks a return of sorts to Transylvania for the American Spiritual Ensemble, which last performed on campus in 2013.

“The combinations of both words and music can provide insight and healing powerful enough to transform a hurting world,” McCorvey said. “We see in movements like the civil rights movement and the Black Lives Matter movement that the pains of slavery and the wounds of injustice are still very much at the surface.

Filmed in part at Transylvania’s Haggin Auditorium in December 2020, “The Power of Spirituals” is also produced in partnership with the National Underground Railroad Freedom Center. Performers followed strict COVID protocols while recording, including physical distancing and singing in masks for group numbers.

Access to the virtual concert is free, but registration is required. Once registered, attendees will receive an email with a link and passcode to view the performance April 2-11. Register for a virtual ticket here.

The Smith Concert Series is part of the university’s New Frontiers season, which asks the campus and surrounding community to go beyond the familiar and explore ideas, art and music.