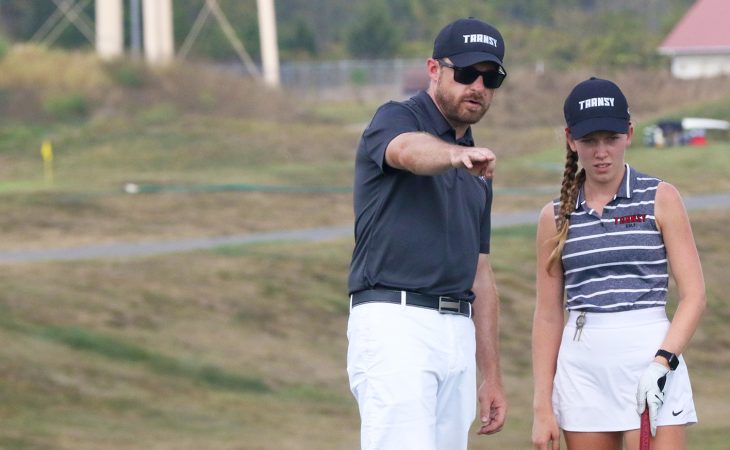 Transylvania women’s golf coach Tyrus York was featured on “The Best Young Teachers in America” list for 2021-22 by Golf Digest.

Now in his fifth full year as head coach, York was named to the biannual list in the magazine’s January edition, which selects the best golf instructors under the age of 40 from across the nation, divided by region.

As head coach of the Transylvania women’s golf team, York guided the Pioneers to Heartland Collegiate Athletic Conference championships in 2017 and 2018 and led the program to back-to-back NCAA Championship appearances for the first time in program history in 2018 and 2019.

Additionally, York was named Kentucky Section PGA Teacher of the Year in 2014 and 2017.

York and the Transylvania women’s golf team are scheduled to reprise 2020-21 season play in early March at the Savannah (Georgia) Invitational.