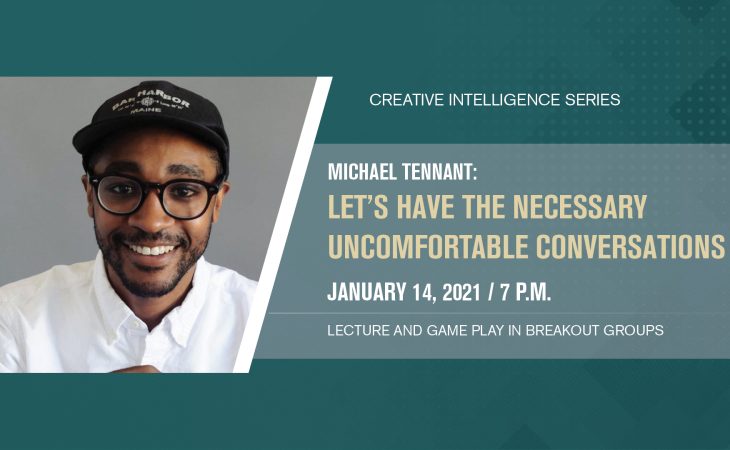 While we’ve now got vaccines against the coronavirus, there’s no sure way to inoculate ourselves against two other problems plaguing our society: hatred and violence.

But Transylvania University professor Zoé Strecker believes that, in a way, we already have a medicine to protect us from those disorders — it’s called empathy.

As director of the school’s Creative Intelligence program, Strecker has invited an actual empathy expert — Michael Tennant — to give a virtual, public lecture where participants can also play his card game Actually Curious. Back in December, he taught the game to Transylvania student leaders, who “embraced the trust-building work and learned to step into the role of facilitator,” Strecker said. They will lead breakout sessions of it Thursday after Tennant’s talk, which begins at 7 p.m.

Register here for the free, public event, “Let’s Have the Necessary Uncomfortable Conversations.” It’s part of the school’s Creative Intelligence series, which this academic year is focused on justice.

Tennant is CEO of the Curiosity Lab marketing agency, which has social justice values at its core, Strecker said. “I truly believe that being empathetic gives us the capacity to pursue justice. Our campus theme this year is justice, a grand and honorable notion on which many of our democratic values stand.”

The Actually Curious game, which doesn’t have winners or losers, can benefit players in a variety of ways. For instance, questions raised can help them delve into their values and biases and spark important conversations.

The first 10 Transylvania students to register for Thursday’s event will receive a special set of the card game.

Strecker sees empathy-building exercises like this as more important than ever these days. “In the midst of a national crisis over the democratic process and values, this is a moment to focus on empathy,” she said. “Empathy is not a quality we are born with, but a way of engaging with the world that we can cultivate and nurture in ourselves and others. I believe this event will inspire and empower us with the tools we require to face the crisis of this moment.”

Check out other events in this year’s Creative Intelligence series, which are virtual programs you can watch anytime. They include Wendy Red Star discussing her artwork, which is informed by her Native American cultural heritage; and the town hall “Black Students Matter: Let Us Be Heard, A Creative Intelligence Initiative on Justice.”