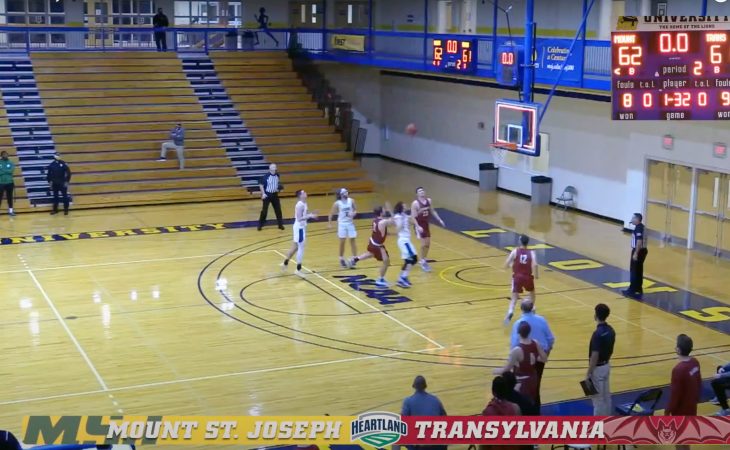 In a season unlike any in memory, the Transylvania men’s basketball team is racking up plenty of memory-making moments.

With 0.9 seconds remaining in regulation, Lucas Gentry caught a deflected 75-foot inbound pass from Aiden Pashley and hit a desperation jumper at the buzzer to give the basketball team an unfathomable 63-62 win over the home team.

Gentry’s miraculous buzzer-beater capped off a furious run of 12 points in the final 57 seconds of the game for the Pioneers, who trailed 60-51 going into the final minute of the game.

Transylvania improved to 2-1 in Heartland Collegiate Athletic Conference play while the Lions fell to 0-5 overall on the season.

Get the full game update on TransySports.com.