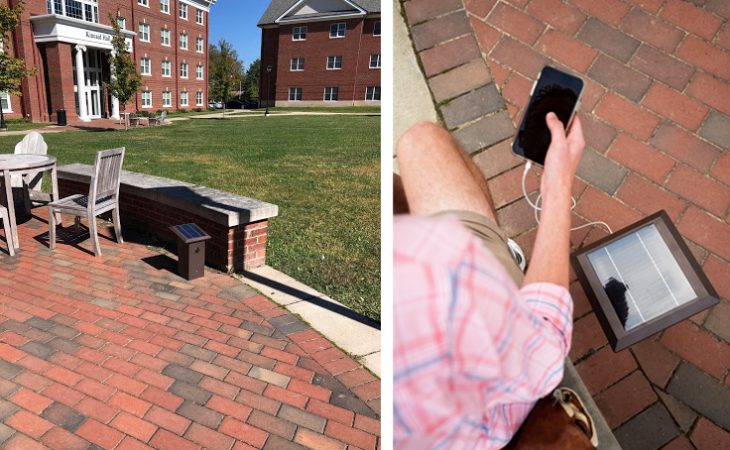 Not only are Transylvania University students soaking up the sun’s rays in Back Circle, but their cell phones are too.

The school is testing out two solar powered phone chargers paid for by the Green Loan Fund, which has saved more than $300,000 in utility expenses while reducing the campus’ environmental impact over the past seven years.

The GLF started with $75,000 in seed money from the Jessie Ball duPont Fund, along with a match from the university. Its projects are sustained by reinvestments of the utility savings, donations and endowment earnings. And since students serve on the fund’s committee, it’s also an educational opportunity.

Other recent GLF initiatives include replacing the lights on the 16 poles around Old Morrison Circle with LEDs, which will save around $1,000 a year.

The committee also at a recent meeting approved installing motion sensors that switch off lights in Cowgill and Brown Science Center when rooms aren’t in use. These will save more than $7,000 a year.

Past projects included the installation of low speed, high volume fans in the Beck Center and programable thermostats.

Let the university know if you’ve got ideas for potential GLF projects — from energy conservation to educational campaigns to waste reduction.