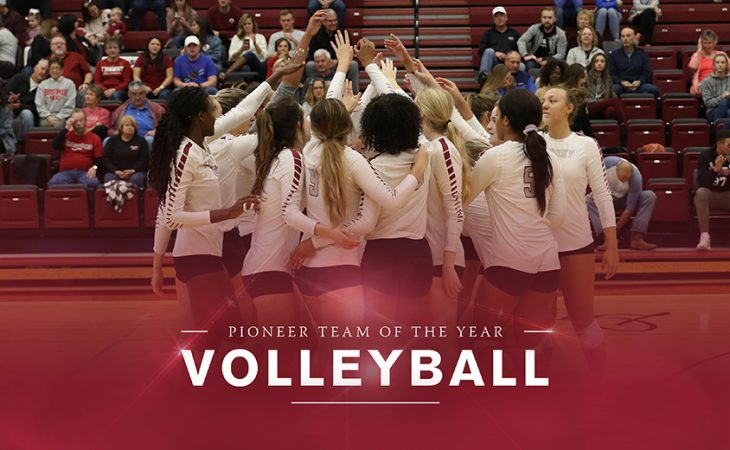 The volleyball team culminated a landmark season by winning the Pioneer Team of the Year award, and head coach Amy Barmore and her staff captured Pioneer Coaching Staff of the year honors during the awards show.

Presented in an all-virtual format due to the COVID-19 pandemic, the 2020 RAFY awards celebrated achievements across 27 varsity sports.

“Transy Sports is a family, and our motto of — We. Us. Together. Family. One — appropriately speaks to the power of community and love that is Transy Sports,” Vice President of Athletics Holly Sheilley said. Whether we are together in physical community or we are away from each other, you should know we love you, we are proud of you, and we care deeply about each one of you.”

The ceremony also featured a poignant moment as Sheilley announced the entire 2020 senior class as the winner of the annual Inspiration Award for its ability to rise above challenges which, for some, included the early end of their season.

The awards are named for the Pioneers’ mascot, Raf the bat.

Team of the Year — Volleyball

Coaching Staff of the Year — Amy Barmore and Volleyball

Inspiration Award — The Class of 2020