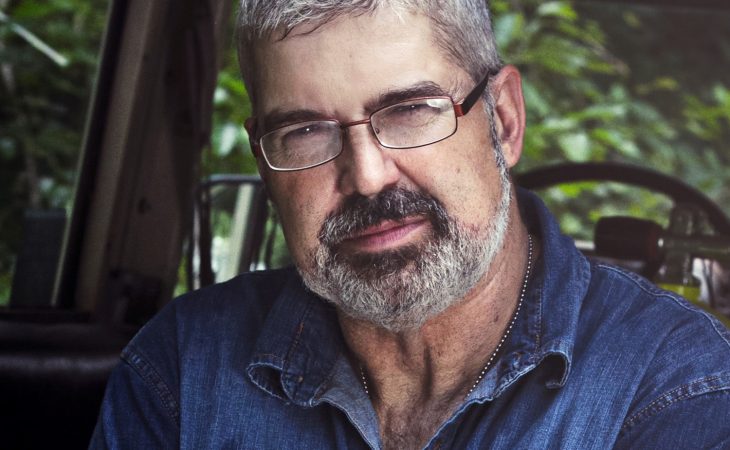 You might think the wilderness survival tips Chris Begley ’88 teaches would come in handy after an apocalypse. Heading off into the woods, building campfires, locating potable water, those sorts of things.

While such skills might come in handy for a while, they’re not how the Transylvania University anthropology professor and National Geographic Explorer suggests we will pull through a catastrophe. He thinks the effort will be communal, as opposed to individual.

Begley explores the matter — which these days might seem a little more than just science fiction — in his upcoming book, “The Next Apocalypse: The Art and Science of Survival.”

Basic Books, an imprint of Hachette Book Group, plans to release it in October 2021 for a general audience.

The project started last September after the Lexington Herald-Leader published a widely read op-ed by Begley: “I Study Collapsed Civilizations. Here’s My Advice for a Climate Change Apocalypse.”

The article led to several interviews for books, blogs and videos. In October, literary agent Leslie Meredith contacted Begley about turning the op-ed into a book, and that she’d be glad to represent him.

“I was excited by Chris’ perspective on what it would take to survive and how survival would have to be different from the popular views and attitudes,” Meredith said. She found his subsequent book proposal “full of engaging stories from the field and explaining ancient history in a style that made it immediate and urgent in its implications.”

The book examines the past, present and future — from “collapses” of civilizations such as the Maya to potential disasters looming over our future (he focuses on climate change).

Begley points out that when we talk about a societal collapse, it’s not really a near-total destruction by an obvious cause. Take the Mayan collapse around 850 A.D. for instance. “It wasn’t a collapse in the way we think about,” Begley said. “It might not have been very fast and wasn’t homogeneous — there were numerous factors that ultimately caused significant transformations.” Things like warfare or changes in weather patterns can contribute to loss of confidence in leadership or mass population movements, which in turn reorder society in ways that aren’t always negative — and are in fact happening all the time. “Ultimately my book isn’t a doomsday book,” Begley said. “It’s exactly the opposite.”

Dealing with a societal crisis typically will look more like repairing a damaged system than dramatically starting anew.

And if a sudden shock, say, a pandemic much worse than COVID-19, sent civilizational well-being into a tailspin?

“The types of skills we associate with survival certainly won’t hurt,” Begley said. He was motivated to become a survival instructor after Louisville native James Kim made national news in 2006 when he died trying to save his family as they were stuck in the snow in an Oregon wilderness. “It was clear to me that had he just known some basic strategies he would have been fine.”

Five years earlier, Begley appeared in the BBC documentary “Trips Money Can’t Buy” with actor Ewan McGregor and bushcraft expert Ray Mears. The show covered what it takes to survive a 10-day trek through the jungles of Honduras, where Begley has done extensive archaeological fieldwork. The experience helped him realize the value of an anthropologist like himself learning firsthand how people have traditionally dealt with living so close to nature.

But during a widespread catastrophe, these skills won’t truly save us. “They might be useful for a limited time, but ultimately it’s people doing the hard work of governing, living together and cooperating,” Begley said. He mentioned how through the coronavirus pandemic we’re finding out just how interconnected we are, and that we can play a small role in not spreading the illness.

In other words, what we have to do in a post-apocalyptic world won’t be the stuff of a Hollywood blockbuster. “It’s not the fantasy we want,” Begley said. “It’s mundane, slow, it’s you doing a part just like you’re already doing a part.”

Check out professor Begley’s most recent Herald-Leader op-ed, “Our origin myth is about ‘rugged individualism.’ It will get people killed in a pandemic,” and this week’s WEKU interview, “Transy Professor Speaks About Coronavirus and College Life.”