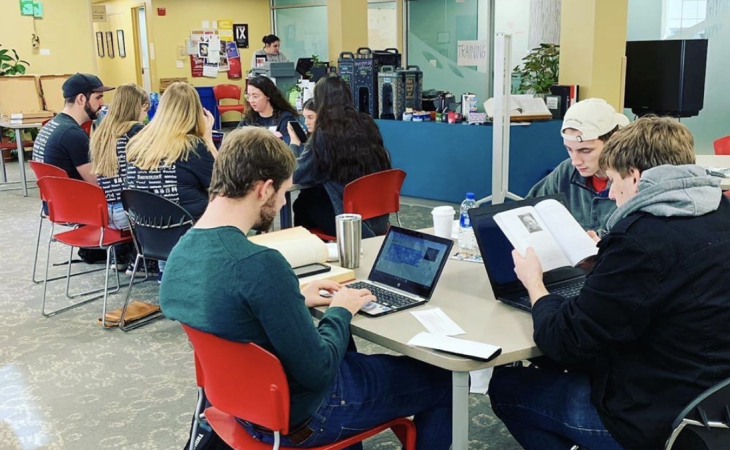 Transylvania University recently hosted an event to help address a lack of gender equality on the world’s most popular reference website.

The school’s fourth annual Liberal Arts + Feminism Wikipedia Edit-a-thon drew 70 students, faculty and staff, along with members of the local community. They made more than 1,000 edits and created new articles to expand the presence of women and gender nonbinary people in liberal arts fields.

The event, which invited participants of all backgrounds and genders, was part of a nationwide Arts + Feminism Wikipedia Edit-a-thon.

Each year, professors from different departments — from art history to exercise science — encourage their students to attend. They even integrate it into course assignments and use it for extra credit opportunities.

“Transy’s campus is uniquely suited to host an Edit-a-thon,” said professor Emily Goodman, a co-founder of the event. “Unlike the larger institutions that host Edit-a-thons as major- or department-based events, Transy allows for more engagement between all professors and students and has the opportunity to teach students a unique set of skills in a wide variety of classes.”

Art history major Katherine Lewellen said, “Through the Wikipedia Edit-a-thon, I learned about the ways in which women have been excluded from art institutions.” She explained how she learned to edit an article on a female artist, while combating the lack of female representation in academia.

Also wanting to help close the gender gap, political science major Ashleigh King tried to create an entirely new article. She wrote a page on Mary Jane Warfield, which has since been deleted from the site because of an issue pertaining to Wikipedia’s strict guidelines of notability, which often hinders female representation. “I’m going to continue to develop Mary Jane’s page,” King said. “Her story is too important to Kentucky history to be ignored.”

Professor Kerri Hauman, the other co-founder of the school’s Edit-a-thons, said, “One of the things we’ve come to value about this event has been watching the students wanting to become involved.” She and Goodman concluded that students often find anger in the lack of female representation on the site, and become inspired to fight against it.