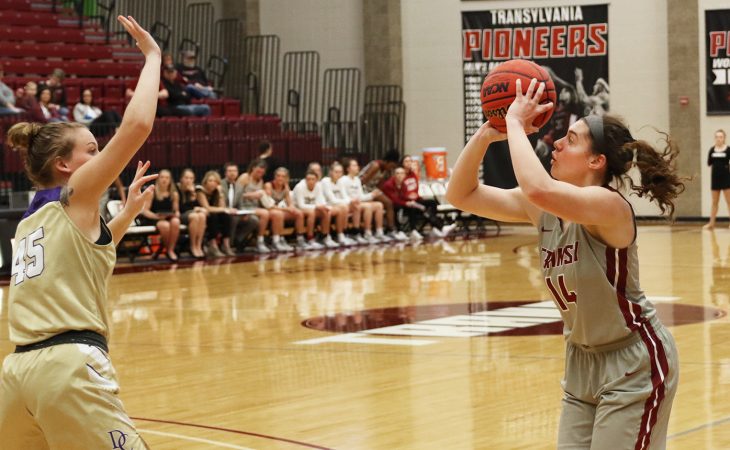 Shelby Boyle, a senior guard on Transylvania University’s top 10 women’s basketball team, has been selected to participate in a prestigious program for players interested in pursuing a coaching career.

Boyle will travel to New Orleans in early April for the Women’s Basketball Coaches Association’s “So You Want To Be A Coach” program, which coincides with the WBCA Convention at the Division I women’s basketball Final Four.

“I want to be a coach to impact others the way coach Fulks has for me during my time as a student-athlete,” Boyle said, adding the college years are formative, a time when students face various life challenges. “I want to help young women as they transition into adulthood through coaching.”

Boyle qualified for the program by meeting rigorous criteria, which include wanting to be a coach, having a GPA average of at least 2.5 and being a credit to the sport of women’s basketball both on and off the court.

The program is partnership between the WBCA and WeCOACH, which assists female collegiate players interested in pursuing a career in coaching women’s basketball by providing them with professional development and career advancement through education, skills enhancement and networking opportunities.