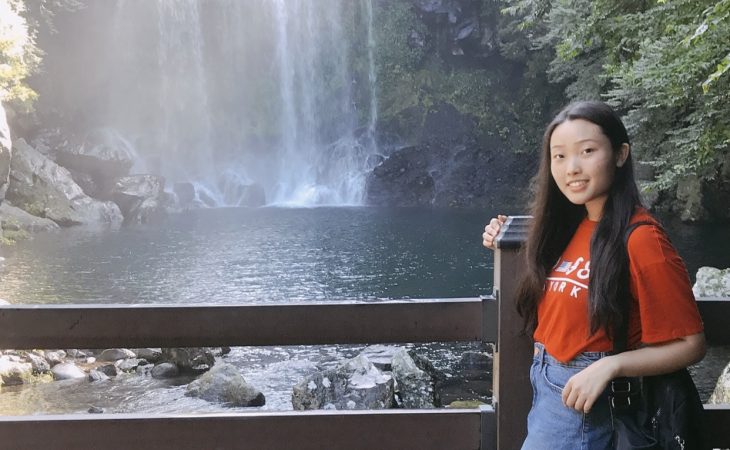 Transylvania University junior Grace Kim says she’s learned so much while studying in Seoul, South Korea — “from the cultural differences to studying in a different manner than how I had done previously in America.” The psychology major also has kept on track toward graduating next year by being part of the International Studies Abroad program at Korea University.

She sent this photo and an update about the broader scope of her experience, which was made possible by the new GlobalTransy program.

“Studying abroad gave me such a precious opportunity to enjoy nature as I traveled throughout South Korea on academic and personal excursions,” she says. “I learned about my heritage as a Korean-American, and received much support from my Korean friends as I also got to practice my Korean language skills with natives.”

She invites all students to take advantage of these opportunities that are tailored to each of their needs. “I definitely encourage any student to study abroad while in university because it was such an enriching experience.”