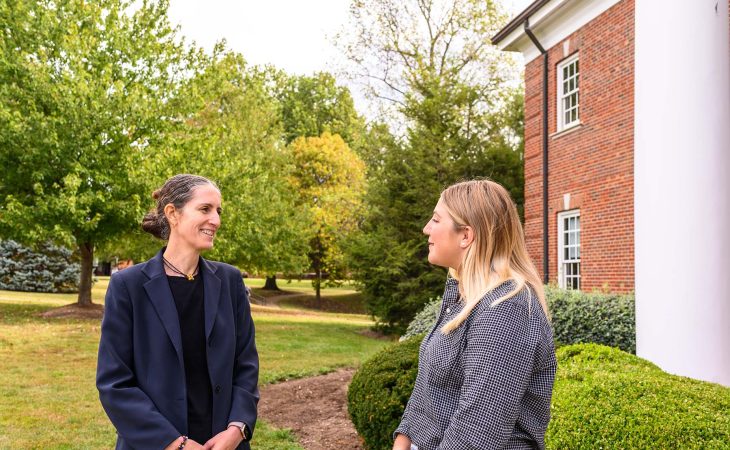 Each year, the first-year students on Transylvania’s campus are officially welcomed to the university during its formal convocation. There, both the president and the guest speaker touch on the subject of using the next four years to become a liberally educated student and a “global citizen” — something that Transy values deeply.

What exactly does it mean to be a global citizen? At convocation, first-year students are meant to interpret that term and determine how they’re going to embody it over the next four years. Though it may seem a daunting task, psychology professor Iva Katzarska-Miller explained to me how Transy uses its administration and programs, as well as its curriculum, to promote an overall sense of global citizenship on campus. In other words, without realizing it, Transy students are constantly being influenced to become global citizens in both the classroom and their outside opportunities.

Katzarska-Miller explained how she uses the idea of being a global citizen in her classes.

“I don’t explicitly tell the students that we try to change their perspective,” she says. But, she does encourage her students’ practice of being global citizens via her class assignments. In Psychology of Globalization, for example, she assigns a paper that asks her students to live a day as global citizens. Meanwhile, in Cultural Psychology, she asks her students to pick an event, choose two perspectives from different cultural spaces and describe their findings. Though both of these assignments seem easy enough to complete, they have a deeper purpose of encouraging the practice of values that are crucial to being a global citizen.

“In the research I do, we define global citizenship as awareness, caring, embracing diversity, promoting social justice and sustainability and a sense of responsibility to act,” Katzarska-Miller explains. She argues that what encourages global citizenship the most on Transy’s campus is the act of awareness. Awareness is an important aspect of being a global citizen because “global citizenship is identifying that we are not all identical and realizing that other citizens do not live the same way I do.”

I asked her why she believes that becoming a global citizen is so important for students on this campus. She again emphasized the importance of being aware, suggesting that with the world facing threats of nationalism and prejudice, global citizenship is needed now more than ever. She added that, “Based on research in education on what can promote global citizenship on campus, Transy is already doing many of those things,” making reference to the curriculum’s foreign language requirements, as well as its study abroad and service learning opportunities.

As a senior graduating this May, I’ve begun to look back at my own convocation. I can understand the intimidation that first-year Pioneers feel when they are officially welcomed to the university and introduced to the ideas of a liberal arts education and what it means to be a global citizen. However, I’ve learned throughout my time here that I was never alone in determining how to be a global citizen. Instead, I’ve realized that on Transy’s campus, global citizenship works hand in hand with a liberal arts education. They work together to complete the same goal by encouraging students to become more globally aware.

About the Author: Annebelle Klein is a senior double majoring in writing, rhetoric, and communication and French.