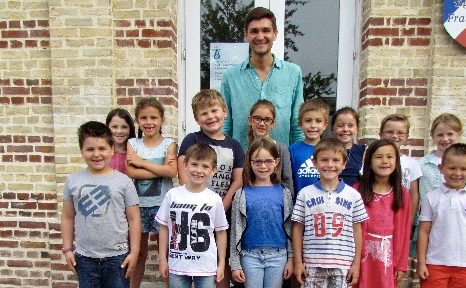 One of the unique opportunities available to students in Lexington is the Sister Cities program, which facilitates partnerships including an exchange student partnership and a yearlong teaching placement at schools in one of Lexington’s four Sister Cities — Deauville, France; County Kildare, Ireland; Shinhidaka, Japan; or Newmarket, England.

Barton Lynch ’16 participated in the exchange program in Deauville for three weeks as a high school student and fell in love with the area and the Sister Cities organization. He interned with Sister Cities as a senior international affairs and French major at Transy, and when he graduated, he went back to Deauville, this time to teach English to preschool, kindergarten and first grade students.

“The whole experience was such a good thing for me; it was the most fulfilling work,” he says. “And it gave me the skills to go out and be confident in tackling any challenge that I don’t know I’m prepared for.”

He spent his days off traveling Europe and immersing himself in the culture, testing his limits in an unfamiliar place as he developed his communication and adaptability. In fact, he says the ability to adapt in uncomfortable situations was one of the most useful skills he learned during his time abroad, and he continues to draw upon those in his current position as an account researcher with Brunswick Group, a strategic advisory firm in Washington, D.C.

“Being able to shift your perspective to understand another is really what I learned,” he says. “And I was able to think about what I wanted to do, who I wanted to be and how I wanted to contribute to the world. Everything I learned abroad is used in my time now.”