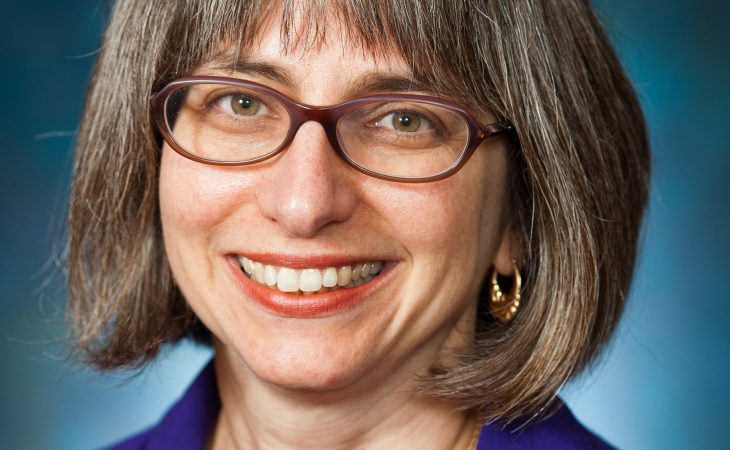 This year’s Moosnick Lectureship in Judaic Studies will focus on the #MeToo movement through a variety of religious lenses.

The public is invited to this free event on Wednesday, Nov. 6, at 7 p.m. in Transylvania University’s Carrick Theater.

In a break from past Moosnick lectures — which always aim to foster interreligious discourse — “The Violence We Face: Women, Faith, and the #MeToo Movement” is more of a discussion than a lecture. A panel representing the Jewish, Christian and Muslim traditions will answer questions from a moderator, and then audience members will ask their own questions.

Transylvania religion professor Carole Barnsley said the panel style is conducive to addressing #MeToo, which has grown into a global movement supporting victims of sexual assault and harassment. Rather than listening to one lecturer, the format brings in a variety of perspectives to weigh in on the issue.

The program features Rabbi Mira Wasserman, who is director of the Center for Jewish Ethics and assistant professor of rabbinic literature at the Reconstructionist Rabbinical College in Pennsylvania. She is a go-to speaker on Jewish ethics and the #MeToo movement and is co-editor of the forthcoming “Respect and Responsibility: A Jewish Ethics Study Guide.”

The panelists are Emily Askew, a Lexington Theological Seminary professor, who developed a Theology and Domestic Violence course; and Nadia Rasheed, who is a local physician and human rights activist volunteering with organizations such as Christian Muslim Dialogue, Council on American-Islamic Relations and Sisterhood of Salaam Shalom.

The moderator is Shana Sippy, a Centre College religion professor.

“This is the first time we’ve included a Muslim voice, so I’m particularly excited about that,” Barnsley said.

Previous Moosnick lectures have mostly aimed to educate Christians about the Jewish perspective, bringing members of the two religions into dialogue and helping them network, Barnsley said. This year, having representatives from three traditions will expand the focus of the event. The discussion will illuminate where they may converge or diverge on the #MeToo issue — perhaps leading those in attendance to new insights into their own faiths as well as others.

Religious communities in general have been thinking about vital, ethical questions of their day for a long time, Ribovich said. “The resources and tools of religions can bring a lot to bear on the topic. At the same time, religious communities themselves are wanting to look at how to deal with these issues in their own communities.”

The professors stressed how the event will be engaging for a variety of people, even those who don’t identify with one of the faith traditions represented by the speakers.

“We as a program are excited to be involved in this lecture, and we’re very much looking forward to people coming and getting something out of it,” Barnsley said. “It’s for the whole community; it’s not just for people interested in religion.”

Transylvania hosts the Moosnick Lectureship in partnership with the Lexington Theological Seminary. As part of the series, Wasserman will give a public lecture at Temple Adath Israel on Nov. 7 at 7 p.m.