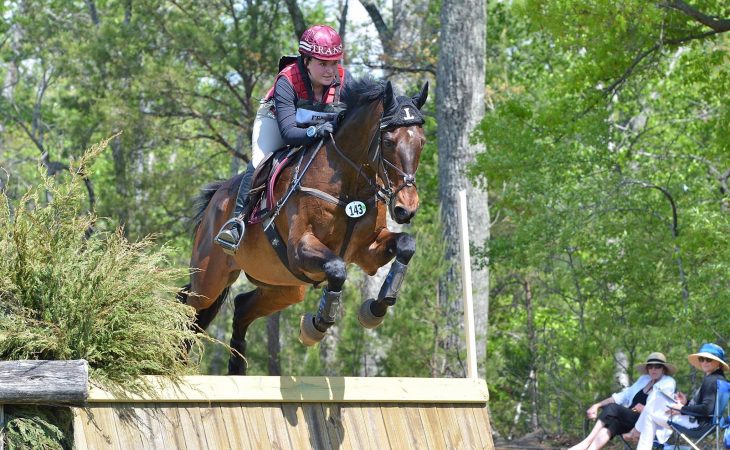 Pioneering demands a certain kind of independence, endurance and a willingness to face off against uncertain outcomes. Stevee Candrl ’20 possesses that confidence and ability to strike out on her own. Perhaps it comes from years of competing at equestrian events, a single rider on horseback who knows the rush from soaring over obstacles, but is willing to fall off and get back up again.

A first-generation college student from the Cincinnati suburbs, Candrl is the first Pioneer to be part of a new 3+4 Pharmacy Program, a partnership with the University of Kentucky. This means that while other seniors are finishing their undergraduate degree, she’s a full-time student on UK’s campus at work on her Doctor of Pharmacy degree.

Candrl, who will graduate with her Transy cohort in May with a B.A. in liberal studies, says she’s already seeing the value of her liberal arts foundation. She finds herself at an advantage from having the rigor and accountability of learning in small classes, the quality of her science education, her ability to write well, and the breadth of knowledge that makes it easier to talk with people.

“I feel that I have a much better foundation in chemistry and biology to be able to succeed,” she explains. At the same time, she adds with a nod to the multiple subjects she studied, “you’re not just this science-only robot.”

She reflects on the importance of “the whole liberal arts mindset of accepting all people” and how Transy “makes you think about things, take a step back and ask why you’re thinking like that, and then reevaluate it.” She’s a step ahead as she learns how the work of a pharmacist can be compromised by personal bias.

“It’s not that hard to be kind to people and understand where they’re coming from,” she concludes, “which is a huge part of pharmacy.”

Candrl, who came to Transy thinking she might become a chemical engineer, decided to explore the pre-pharmacy program after working as a pharmacy tech over the summer. Faculty helped her plan out a demanding schedule to meet the requirements in time to apply for the inaugural program.

“There are no ifs or ands about it,” she laughs, “Transy is hard.” Its reputation for offering strong science and pre-health studies, resulting in 90% admission rates into health programs — was a big pull for her. “Especially,” she adds, “since I didn’t really know for sure what I wanted to do.” That and the supportive team atmosphere of the eventing team “really sold me,” she says. And, she quips, “If I could go to school in the Horse Capital of the World, why wouldn’t I?”

Every experience contributed to her development and led to a robust application to the 3+4 program with UK. (She was accepted on the same day she interviewed.) Candrl recognizes just how prepared she was academically, but also in how to present herself on paper and in person.

“Another great thing about Transy,” she explains, “is that I had a lot of practice interviews before I even stepped foot on UK’s campus.” The Center for Academic and Professional Enrichment conducted multiple types of interviews and guided her resume and cover letter writing. She also went before Transy’s Pre-Health Advisory Committee, who wrote a letter of recommendation.

“I was very well prepared,” she says.

As she transitions into the new program, she’s on solid footing. “At Transy you definitely learn to study and you learn what works for you,” she says, “so I’ve been prepared. I know what I need to do to do well.”

Chemistry has always been her subject. And pharmacy, as she’s discovering, is a profession that allows her to combine her interests in drug mechanisms, patient relations and problem solving.

“Going in, I knew there was a lot I could do with pharmacy” she says of the many interchangeable career paths it offers. “But there is so much more than I could ever imagine.”