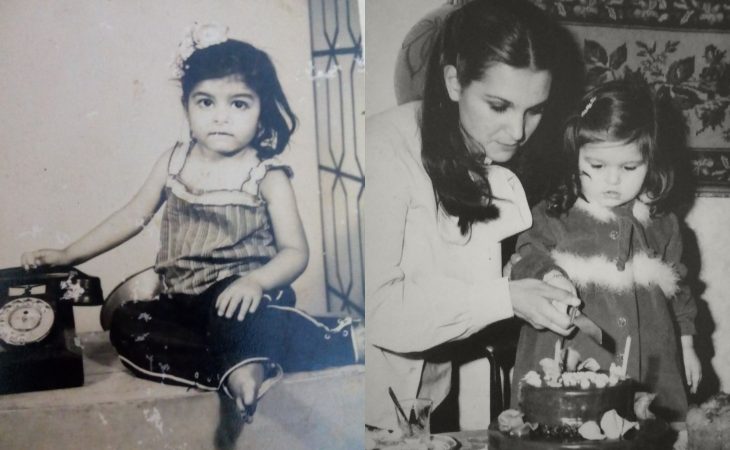 This article was contributed by Sami Barefield ’20.

I began my interview with Deepa Dubal, Transylvania’s vice president for information technology, with the question, where did you grow up? The answer was not as simple as I had expected. Dubal explained that she grew up in the city she knew as “Bombay,” the name given to it by the British during the centuries of colonial rule in India. It was not until 1995 that the city, among the largest and most populous in India, was renamed Mumbai, a name derived from a local goddess. Like Mumbai, many cities were renamed after the end of British rule and these names were often taken from an aspect of the local culture.

Dubal attended the same institution in Mumbai from kindergarten through post-graduate, getting her master’s in electronics and microprocessor software. Her schooling was conducted in her native language of Gujarati; apart from English class, everything was taught in Gujarati script. This changed, however, as soon as she began college, where all subjects were in English. Dubal said of this change, “It was a very difficult transition, as far as English was concerned.” Dubal went on to say that because Mumbai is very cosmopolitan, there were people from all over India who spoke different languages and dialects and she had friends who could help her with English. In India, because there is such diversity of cultures, from state to state you will find different languages and scripts, different food, and different styles of clothing. Dubal explained that people grow up learning a minimum of three languages; most learn the national language of Hindi, their regional language, and their local language.

Dubal moved to the U.S. in 2000. All over the world, there was .com bubble, a period of massive growth in the use, and adoption of the Internet. In addition, there was a panic that computer programs could not switch from the year 1999 to the year 2000 (Y2K). The U.S. was recruiting professionals from other countries to work in the Information Technology (IT) field. During that time in India, there were few women working in IT and Dubal was the only woman to work in the software department of her office in India. Many of the young men were applying to work in the famous Silicon Valley and Dubal decided, “I know as much as they know, so let me apply too.” Her initiative paid off and she was recruited to work in San Francisco to help with customer relations management software programs. She did not know anyone in the U.S. and her family was nervous about her living there alone, but she took the perspective that she might as well try the job in San Francisco and if things did not work out, she could always return to India.

Dubal came to the U.S. in her 20s, but did not find young adulthood to be all that different. She reminded me that people are diverse everywhere, and one will always find groups of people who are very similar to those one grows up around and other groups who are very different.

“I do see difference in many areas, but it’s just a pocket of people,” she said. Dubal noted that education is the top priority in India and that kids are allowed more freedom with their spare time, whereas in the U.S., parents often keep their kids busy with afterschool activities like sports, which are viewed as equally important as school.

When I asked Dubal what she missed most about living in India, she said without hesitation, “Apart from my family, food I miss the most…”

Before any of this, however, whatever was on television was what you were stuck with – although I cannot complain because most of my knowledge of movie classics comes from that era. Had it not been for this lack of choice, I would not have grown up watching Esther Williams movies or been infatuated with Rita Hayworth as Gilda. Likewise, my knowledge of westerns is also a legacy of this era and, while I was not a fan of the genre then, I now benefit from the social and political representations of race and ethnicity in those films.

One interesting tradition we had as a family in the era of single-channel television was the excitement over the New Year’s Eve shows. Back then, certain types of music or belly-dancing were not allowed on television because they did not fall into the category of appropriate high culture. Even though no one in my family has been especially interested in belly-dancing, the fact that New Year’s Eve was the one night of the year when it was allowed created enough curiosity for us all to get excited about it. My family and I would meet with my uncles at my grandparents’ place and spend the early hours of the evening with our excitement over who the belly-dancer would be, gradually increasing towards midnight. For anyone born in Turkey after that, all of this probably sounds as foreign as it would to students here. These experiences living in a closed protected capitalist economy prior to the wave of neoliberalism not only help me to share with students the fundamental social transformations engendered by economic shifts, but they also allow me to show the similarities between socialist regimes and closed protected capitalist economies.

On a completely different note, there is one thing that I initially found puzzling after moving to the United States in 2005: falafel and more specifically its place on menus in Turkish restaurants. I had not tasted falafel living in Turkey prior to this date because, despite its association with Turkish food here, falafel is not part of Turkish cuisine. Of course, now it is easy to get falafel there, but that is a result of globalization and my first taste was in the U.S. in 2005. As late as 2008, it was a non-existent dish in Turkey and I still get amazed at how it is considered a must in Turkish restaurants in the U.S. Food is an important cultural phenomenon and a good way to analyze essentialist definitions of culture and that is why I still find the falafel-Turkish food connection inspiring.

To Broadway and Beyond is a student-managed blog from the Transylvania study abroad program. Deepa Dubal is the vice president for information technology. Hande Ozkan is an associate professor of anthropology.