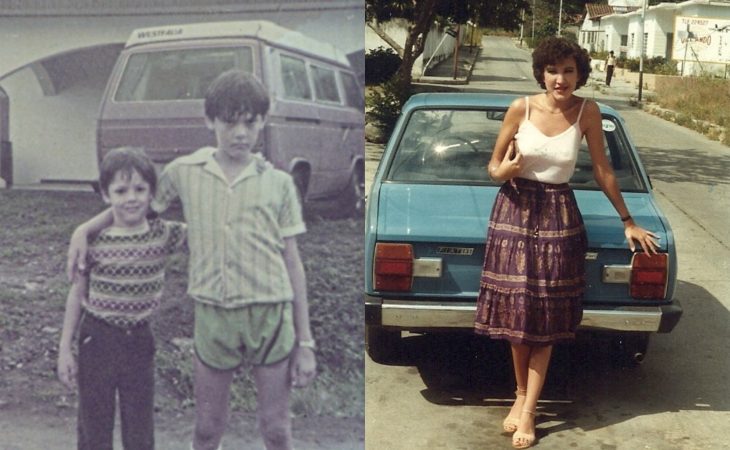 I was born in Turin, Italy — but my parents moved back to Venezuela, where they had met in the immigrant community and had married. My parents are Italian, both from the same small town in the Piedmont region, Druento, slightly to the west of Turin, on a road that eventually makes its way to France, the road that Hannibal and his elephants likely used to cross into Italy over 2000 years ago. I grew up bilingual because most people in the area are bilingual — Italian and Piedmontese (a “dialect” that resembles ancient Occitan more than it does Italian) — although perhaps no longer so much.

When I was four years old, my very Piedmontese parents returned to Venezuela, since both had fallen in love with this tropical haven for immigrants seeking a new life after World War II. It was a land of opportunity, and living there had already opened their eyes to a very different culture, and had changed them. We still spoke Italian and Piedmontese at home, though it was heavily peppered with colorful expressions of Venezuelan Spanish.

Most days my mother still cooked typical northern Italian meals; she listened to opera and read Italian novels and poetry. But we also embraced the warmth and the easy life that Valencia, Venezuela, offered us. Mango, avocado and banana trees were in the back yard — arepas, cachapas and hallacas found their way to our table; we danced salsa and joropo. We went to the beach every Saturday, only a half hour away from home. On our way back from the beach we would fill the trunk of the car with coconuts. My dad would open them with his machete, and we would drink the water straight and eat the sweet coconut flesh. When I think of manna from heaven, I think of those coconuts. We spent Christmas at the beach, too; in fact, Christmas trees were exotic, imported and expensive. Snow was an abstract concept for me, the stuff of pictures and postcards.

Abstract for me also was the whole idea of racism; I read about it in books, but I did not see it until I came to the United States. Venezuelans were kind and welcoming, ebullient and warm-hearted people: Native populations had integrated fairly well with the Africans of slavery and the European colonists — and they were kind all around. We were the foreigners, modern-day colonists of sorts, and yet they were kind and accepting. Love of life, joyfulness, hospitality were free — to be shared. I like to think that I retained some of that beautiful openness of the Venezuela I experienced growing up.

I grew up on three continents, one isthmus and one archipelago. By the time we moved to Nicaragua in 1981 (two years after the Sandinistas had ousted Somoza), we had already lived in Europe, Africa and North America. At that time, Nicaragua was the poorest country in the western hemisphere, and there was a huge optimism about the socialist experiment underway. Salman Rushdie’s “The Jaguar’s Smile” recounts both some of the optimism and challenges the country faced during these years. Though my parents had little interest in politics, given that we were Yankees, gringos, citizens of the great northern red, white and blue octopus, we were suspect. At times, this came through in play with children. Yet, so long as one held one’s own on the soccer pitch, national origins could be overcome.

Though the U.S. was the imperial force that controlled the destiny and fate of Nicaragua during the 20th century, we did not spend much time talking about this in school. Second grade is not the place where one studies the most current political history. I do remember, quite vividly, the history of the conquest of Nicaragua by the Spaniards in the 16th century. When the Contra-Sandinista conflict had gotten too heated for us to stay, we moved to Costa Rica. What national history I learned focused on the various 19th-century wars among Central American states as the short-lived República Federal de Centroamérica fell apart. In the Dominican Republic, during the seventh and eighth grades, history focused on the DR’s own strange and complicated independence narrative — its struggle against Haiti, its return to Spain, and its courting of the United States between 1869 and 1871 in the hopes of becoming a protectorate.

Nations tell stories about themselves. Protagonism, simply by dent of narrative viewpoint, confers specialness. Whether one is a global superpower or a banana republic, it is easy to believe the stories one is told about one’s nation and the stories told about other nations.

Growing up in six different countries, I heard multiple national narratives and saw how national chauvinism could both bolster self-esteem and turn feelings against neighbors. All of these countries, at times, were the occupiers; at others, they were the occupied. Several experienced multiple occupations by the U.S. Marines. While these facts make me distrustful of national narratives, when I think about my childhood, I think about the people I have known — the kind, generous, industrious, wonderful people from the working and the middle classes.

We tend to remember and focus on, as I have in this brief piece, the big political and military events. But the true story, as the Spanish novelist and philosopher Miguel de Unamuno taught us, is in the lives of those forgotten by history.