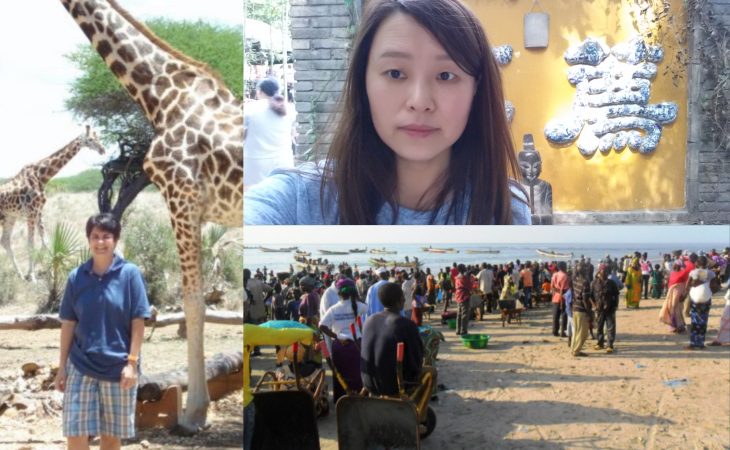 I was born and raised in Kenya and spent my childhood in a small island town called Mombasa. I am the product of a mixed racial marriage and experienced the privilege of being a white Indian Kenyan. My father is a businessman who did not receive the same educational opportunities as my brother and I did and my mother was a teacher at a private school that my brother and I attended for most of our schooling. Our school was a cosmopolitan mix of children from a variety of racial, ethnic, tribal and religious backgrounds although we were all socioeconomically privileged.

From the very beginning, I knew I wanted to go west to pursue my further education although my initial plans included schools in the UK and South Africa. Fate brought me to a liberal arts college in Vermont. I had planned to get a degree in Mathematics and return home to teach high school math. Again fate intervened and I was given the opportunity to change my area of study based on new interests and to get higher degrees in the subject.

While I sometimes think about what it would have been like if I’d gone back home, I feel currently that my choices and privilege afford me the best of both worlds. I get to work here and teach about the languages, histories and cultures of a home I’ve left but also get to regularly visit and be rejuvenated in my home space where people of different races and religions live together. The bonus is I get to share it with my children.

Aside from my family, I miss most being around such a wide variety of people who genuinely get along. I miss the warm weather, the smell of the soil, and the vibrant flowers that grow all year long!

Coming to the U.S. from The Gambia, West Africa, was one thing and adjusting to the differences in the way of living and culture quite another.

One outstanding cultural embarrassment I will always remember was my introduction to the then international student affairs coordinator. After several meetings, I got a bit comfortable and could sit in her office and talk about the world. During one such conversation, she asked how old I thought she was. Growing up in The Gambia, people took pride in old age. Among a host of other privileges, older people commanded respect and rights over the young. People, therefore, became happier as they aged. They even found it insulting or disrespectful if you guessed their age below the actual. In other words, I would be offended if you guess my age to be 40 when I am actually beyond that.

With that background culture in mind, I deliberately and innocently added a couple more years to what I thought her actual age was. Even after telling me how old she was, I insisted and said, “no, you look a bit older” with a smile. She didn’t say much thereafter and I left for class.

Knowing what I came to know down the road, I had to go back and offer sincere apologies for inadvertently hurting her feeling. To my delight, she happily accepted my explanation of the cultural difference and we joked about it years later.

Ever since I was a little girl, I have been fascinated with foreign languages. I still remember the first day when I started to learn English in junior high school. The language that everyone speaks and seems so common and ordinary here amazed me back then. I was completely struck by its sound and way of spelling that were so “foreign” to me, and yet I was fascinated! I continued to learn English all the way to college. In college, I also picked up French as my second foreign language and studied Japanese on my own.

My dream as a young girl was to live in a place where I can speak English every day. This dream has come true! Not only that, I have learned to become a language teacher myself and continued my journey onto teaching others a language and a culture that they and I both love. To learn a language is fulfilling and rewarding, not only for one’s career development and opportunities, but also for one’s own enjoyment, happiness and sense of achievement and pride. Languages open doors, for one to see and speak to a bigger world, to immerse in and enjoy different cultures.