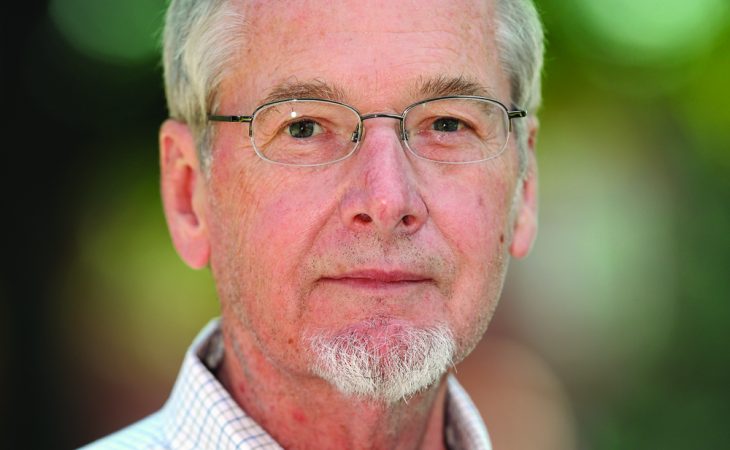 Richard Taylor, who is a Kenan Visiting Writer at Transylvania University and a former Kentucky poet laureate, has won a Kentucky Historical Society Publication Award for his book “Elkhorn: Evolution of a Kentucky Landscape.”

He will receive the honor during the Kentucky History Awards at the Old Capitol in Frankfort on Friday at 5:30 p.m. Contact Amanda Higgins to make a reservation by Thursday at 4 p.m.

Taylor lives in a historic home he restored near the banks of Elkhorn Creek, a tributary of the Kentucky River. He writes about an eight-mile stretch of the creek in “Elkhorn.” The book, which also received the Thomas D. Clark Medallion, was released in September by the University Press of Kentucky.

“Through the lens of this waterway, Taylor examines the early natural history of the area, Native Americans, local commerce, the Civil War, artist Paul Sawyier and more,” according to the KHS.

Scott Alvey, the organization’s executive director said, “Taylor deftly uses Elkhorn Creek to tell a much larger story. He is a great storyteller and the history of the creek and his love for the area leaps off of the page. We are proud to recognize him for this great contribution to local history.”

Taylor’s honor was recently featured in the Frankfort State Journal. “The book is a personal response to history,” Taylor told the newspaper. He had been gathering material for it for more than 50 years. “It is a place of seemingly pristine beauty, unspoiled because its steep slopes make much of it undevelopable,” he said. “It is a place to restore the soul, as countless others have discovered.”