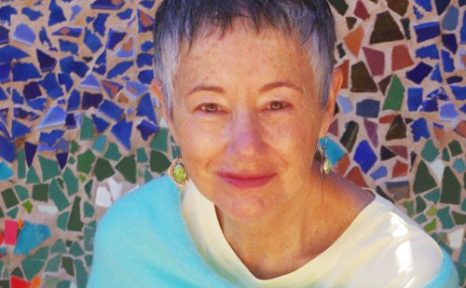 Veronica Golos, an award-winning poet, curator, teacher and author, will give a reading and lecture at Transylvania University on Wednesday.

The public is invited to this free event at 7 p.m. in Carrick Theater. A book signing will follow.

Golos’ visit is part of the university’s Creative Intelligence series, which reflects the academic year’s theme of resilience.

“A lifelong activist for social justice, humanitarian and peace causes, Golos uses her poetry not only to interpret and question but ‘to challenge and act,’” according to her bio.

A resident of Taos, New Mexico, Golos recently released “GIRL,” her fourth book of poetry. “The poems articulate both the inability to express oneself and the refusal to do so as an act of self-hood and rebellion,” according to the publisher, 3: A Taos Press. “GIRL reminds us of the intelligence of childhood: perceptive, gifted, imaginative — a communion.”

Other of her acclaimed poetry books include “A Bell Buried Deep,” co-winner of the Nicholas Roerich Poetry Prize and nominee for a Pushcart Prize. Also, her “Vocabulary of Silence” won a New Mexico Book Award.

Golos is the founding editor of the Taos Journal of International Poetry & Art, and she has lectured at a variety of schools including Columbia University and the Juilliard School.