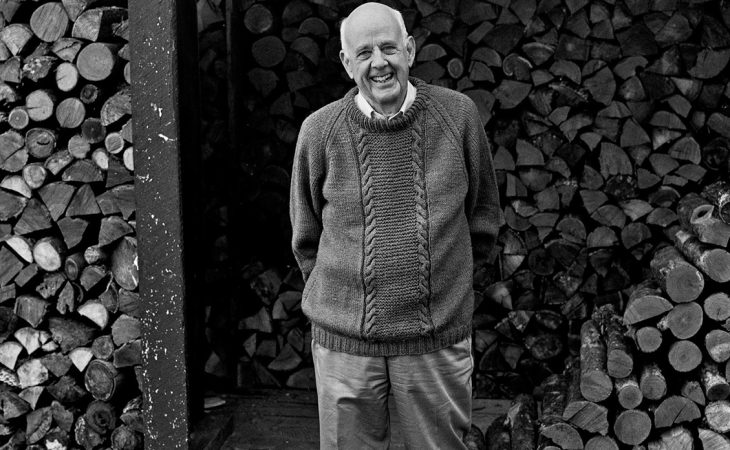 Three renowned Kentucky authors will give readings from their works Wednesday, Oct. 9, at Transylvania University as part of the Delcamp Visiting Writers Series and “The Art of Kentucky Literature: 45 Years of Larkspur Press” exhibition.

The event, which is free and open to the public, will feature Wendell Berry, Bobbie Ann Mason and Mary Ann Taylor-Hall. The readings will be from 7-8 p.m. in Carrick Theater.

All three writers have been published by Larkspur Press, the subject of “The Art of Kentucky Literature” exhibition running through Nov. 1 in Transylvania’s library. The show explores the significant influence Gray Zeitz’s press has had on printing and literature in Kentucky and beyond.

Zeitz gave a talk Wednesday at Transylvania as part of the exhibition, which is a collaboration between Transylvania’s J. Douglas Gay Jr./Frances Carrick Thomas Library and Morlan Gallery.

“One of the points Gray Zeitz made in his gallery talk regarding the 45th anniversary of Larkspur Press was that back in 1974, when the press got started, he had a mind to focus on Kentucky writers,” said Maurice Manning, a Transylvania professor and writer-in-residence. “There is a serious literary community in Kentucky, fed by our great writers, like Wendell Berry, Bobbie Ann Mason and Mary Ann Taylor-Hall, but their writing has been transformed into a different art by the hands-on efforts of Gray and the long dedication of Larkspur Press.”

Two of the press’ earliest publications were books by Berry and Richard Taylor, a Kenan Visiting Writer at Transylvania and former state poet laureate. “In the years that have followed, Gray has held his course, publishing numerous books and special editions by Berry and Taylor, and eventually Bobbie Ann Mason and Mary Ann Taylor-Hall, among many other Kentucky writers,” Manning said. “A guest at the gallery talk, a minister from Tennessee, remarked to me, ‘There really is something to Kentucky literature, it seems unique in the country.’ I agreed.”

The Delcamp event on Oct. 9 is part of the university’s New Frontiers 2019-20 season, which invites the public and campus community to beyond the familiar and explore ideas, art and music.