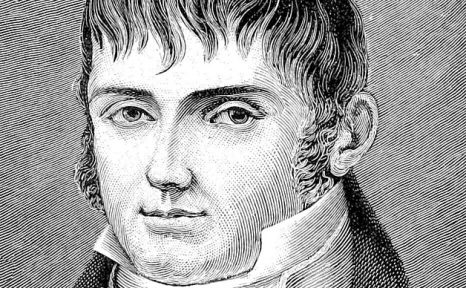 As is tradition, Transylvania University students next week will celebrate one of the school’s most peculiar professors: Constantine Samuel Rafinesque.

Raf Week — which coincides with the 19th-century naturalist’s birthday — features spooky events like spending the night in his tomb and, new this year, a haunted house.

Sponsored by the Student Activities Board, the celebration is getting bigger. “We’re putting double the amount of money into Raf Week,” said SAB spokesperson Taylen Henry ’22. “We feel like Raf Week should be amped up.”

It is, after all, the 200th anniversary of Rafinesque’s arrival on Transylvania’s campus. He is known for naming a large number of plant and animal species, and for not getting along very well with his colleagues — so much so he cursed the school after he left.

No curse will make Transy any less fond of Rafinesque, though. Besides Raf Week, there’s a cafeteria called the Rafskeller, and the school’s mascot is a Rafinesque’s big-eared bat.

There’s also a longstanding campus tradition where students spend the night in his tomb in the Old Morrison administration building. By attending next week’s events, students are entered in a raf-fle to get a shot at the sleepover.

Other Raf Week events include “The Spirits of Transylvania” haunted house in Poole Residence Hall the evening of Oct. 24 for students and their guests. It will feature a haunted tour guide, who will tell the story of Rafinesque. “It should be fun,” Henry said.

SAB also will hand out seasonal snacks, including pumpkin cookies, apple cider and candy, in Alumni Plaza at lunchtime Oct. 25 and 28. And the group will host a Craft Night in the Thomson lobby Oct. 23 for students to make trick-or-treating bags. Additionally, during the school’s Fall Festival on Oct. 27, SAB will give tours of Raf’s tomb and tell ghost stories.

It also will help get the school in the mood for the Oct. 29 PumpkinMania, a Lexington Halloween tradition that draws thousands of visitors each year to campus.