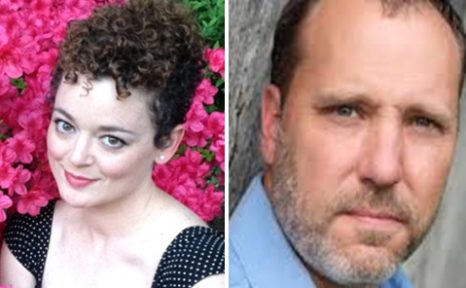 Transylvania University on Oct. 22 will participate in a nationwide day of readings by recipients of the longest running poetry award in the country — the Yale Younger Poets prize.

The event is part of the Coast-to-Coast Centennial Readings and coincides with the release of the “100 Years of Yale Younger Poets” anthology, which the New York Times Book Review on Tuesday featured as the lead item in its New & Noteworthy column.

Manning received the prestigious award in 2000 for his first collection of poems, “Lawrence Booth’s Book of Visions.” Also, in 2011 he was a finalist for the Pulitzer Prize in Poetry. Elkins received the Yale Series of Younger Poets prize in 2014.

“We plan to do a back-and-forth reading from our poems in the anthology, followed by reading more recent work,” Manning said. “We’ll be glad to have questions afterward, and our campus bookstore will have books available for signing.”

The event is part of Transylvania’s New Frontiers feature event series, which asks us to go beyond the familiar and explore ideas, art and music.

The annual contest is open to any resident of the United States who has not yet published a book of poetry. Yale University Press publishes the winning manuscript in the year following its selection. In addition to publication, winners receive one of the five writing fellowships offered at the James Merrill House in Stonington, Connecticut. The fellowship provides a furnished living space and daily access to James Merrill’s apartment for a writer in search of a quiet setting to complete a project of literary or academic merit.

Since its inception in 1919, the series has published the first books of poetry by such renowned poets as Muriel Rukeyser, Adrienne Rich, John Ashbery and Robert Hass. The 2004 prizewinner — “Crush,” by Richard Siken — was a finalist for the National Book Critics Circle Award in poetry.