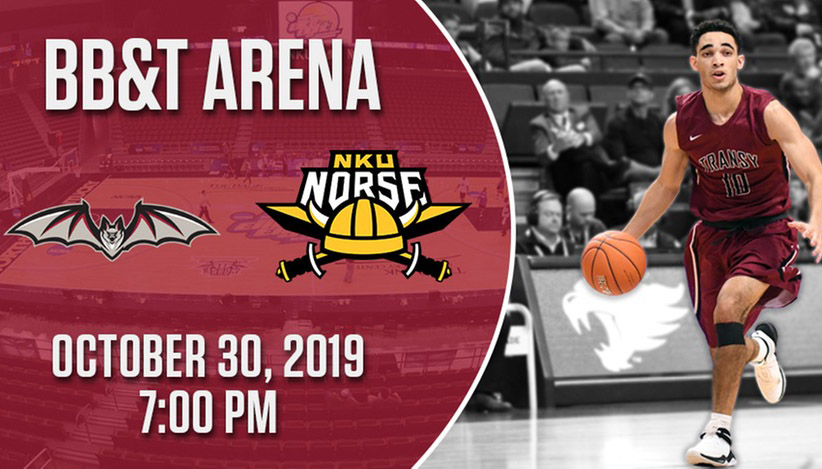 For the second consecutive year, the Transylvania men’s basketball team will open up its schedule with an exhibition game against an in-state Division I opponent when the Pioneers visit the Northern Kentucky Norse on Wednesday, Oct. 30, at BB&T Arena.

“We are excited for the opportunity to play in northern Kentucky where we have so many alums,” head coach Brian Lane said. “BB&T Arena is a beautiful place to play and should be a great atmosphere with all of the excitement regarding (new head coach) Darrin Horn’s arrival and NKU coming off such a great season last year.”

The Pioneers will tip-off their schedule against Northern Kentucky after beginning the 2018-19 season with a memorable exhibition game against crosstown neighbor University of Kentucky.

The exhibition between the intrastate Division I and Division III opponents will mark the first meeting between the two teams since Nov. 20, 1993, when the Pioneers defeated Northern Kentucky 99-91 in Highland Heights when the Norse were members of NCAA Division II and the Pioneers played under the NAIA classification.

“I remember watching some classic Transy-NKU games before they made the move to NCAA Division I, so I really appreciate the Norse inviting us to share in the excitement of their upcoming season,” Lane added.

Read more on the game at transysports.com.