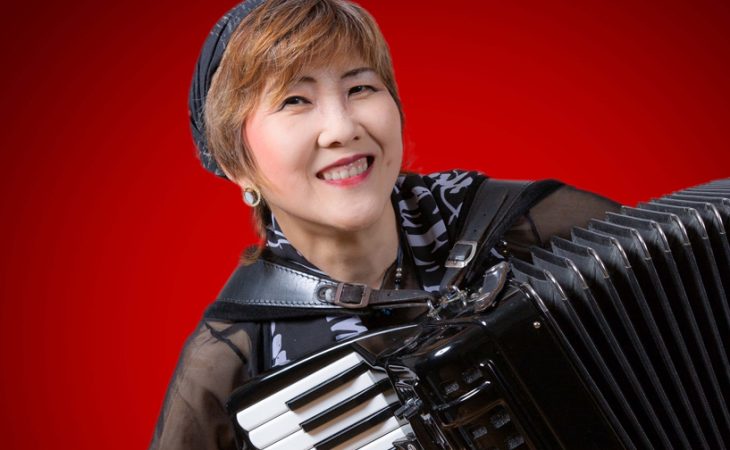 Featuring a wide range of music — from classical to jazz crossover to traditional Japanese — the concert is at 7 p.m. in Carrick Theater and is free and open to the public.

“It’s a very eclectic program,” Transylvania music professor Larry Barnes said. “It’ll appeal to anyone.” Goto, along with two local accordionists in the Dischordions, will premiere a work Barnes wrote from the instruments: “Tribal Gathering and Astral Dance.”

While it may seem unusual in a classical music setting, a concert accordion is a sophisticated instrument that can make the sounds of a variety of instruments — such as flute and cello — even simultaneously. “It’s really quite beautiful,” Barnes said.

Also during the concert Goto will play some of her original works. She has performed across the globe and throughout her native country of Japan, where concert accordions are a big deal, Barnes said. Goto also has made national TV appearances in Japan and won numerous accolades, including the most popular audience award in the TEREM CROSSOVER International Music Competition.