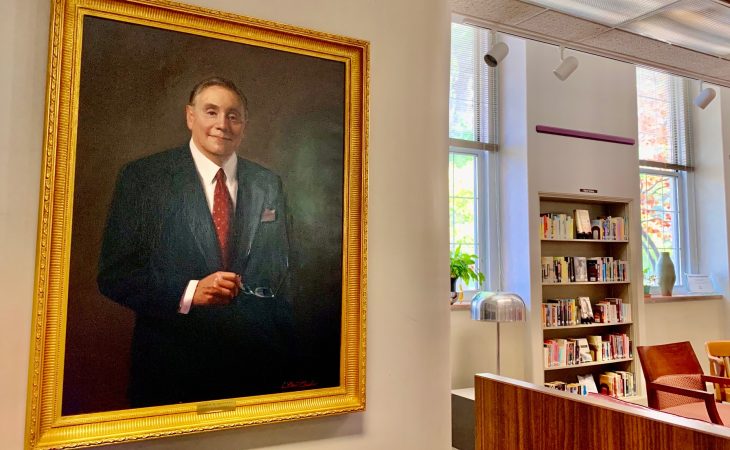 Warren W. Rosenthal, the retired CEO of Jerrico, Inc., and a longtime supporter of Transylvania University passed away on Oct. 19.

Rosenthal was a former vice chairman and member of the executive committee of the Transylvania Board of Trustees. He was instrumental in establishing the business program’s hospitality and tourism track at Transylvania. In addition to his own generous contribution, he played a leading role in fund-raising for the Beck Athletic and Recreation Center.

The Warren W. Rosenthal Residence Complex, a 42-unit apartment complex, is named in his honor. The university awarded him the Transylvania Medal in 1977 for his outstanding service and conferred an honorary degree upon him in 1979.  In 2012, Rosenthal received the Charles and Susan Shearer Award, which recognizes individuals for transformational service to the university.

“Warren Rosenthal was one of the university’s most loyal and generous supporters,” said Interim President John N. Williams. “The time, resources and expertise he shared with our Transylvania community has been invaluable.”

Jerrico grew under Rosenthal’s leadership from two hamburger stands and a sandwich shop to an international corporation that included more than 1,500 Long John Silver’s restaurants in 37 states and two foreign countries, as well as 60 full-service Jerry’s Restaurants and the original Fazoli’s Italian restaurants.