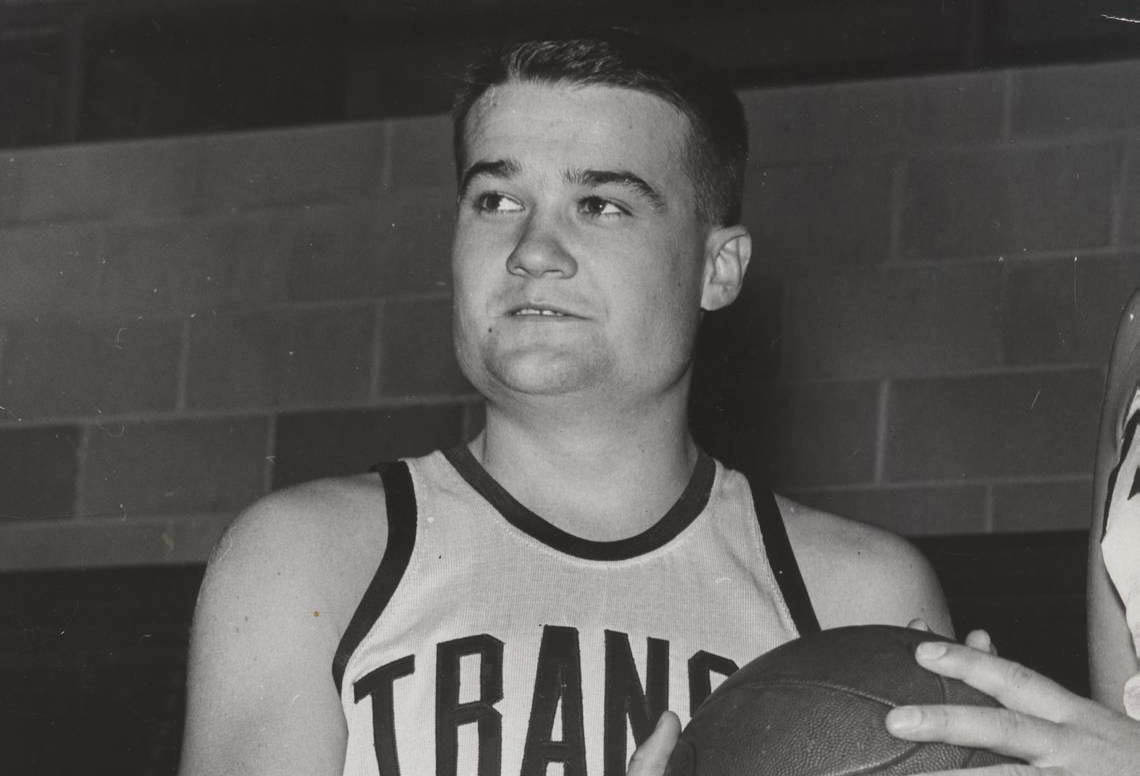 Albert “Al” Prewitt ’57, a top athlete during his Transylvania career, passed away Oct. 8 at age 86.

A multi-sport athlete both at Lexington’s Henry Clay High School and Transy, Prewitt played baseball for the Pioneers and was a member of C.M. Newton’s men’s basketball teams. He was named to the All-Kentucky Intercollegiate Athletic Conference team four times in basketball while scoring 1,424 career points. He remains the 19th all-time leading scorer for the Pioneers. Prewitt was named male Pioneer Athlete of the Year in 1956.

But Prewitt made his most significant impact in the sport as a high school basketball coach, earning a career record of 654-237. The majority of those wins – 621 of them – came at his alma mater, Henry Clay, where he coached for 29 seasons. His teams made eight trips to the state tournament, including Henry Clay’s 1983 championship. Prewitt was named Kentucky High School Coach of the Year several times and was a past president of the Kentucky Coaches Association.

“Coach Prewitt was a Kentucky basketball coaching legend,” said Pioneers men’s basketball coach Brian Lane.  “He was one of the most respected basketball minds in the state and never forgot his Transylvania roots. He could be a tough, hard-nosed coach, but we also saw a side of him where he loved to laugh and tell stories.”

After wrapping up his high school coaching career, Prewitt returned to Transylvania from 1991-1994 as an assistant coach for Don Lane.

“Transylvania has been blessed to have some of the greatest basketball coaches come through our institution and Al Prewitt was certainly one of those,” said Holly Sheilley, Transy’s vice president of athletics.