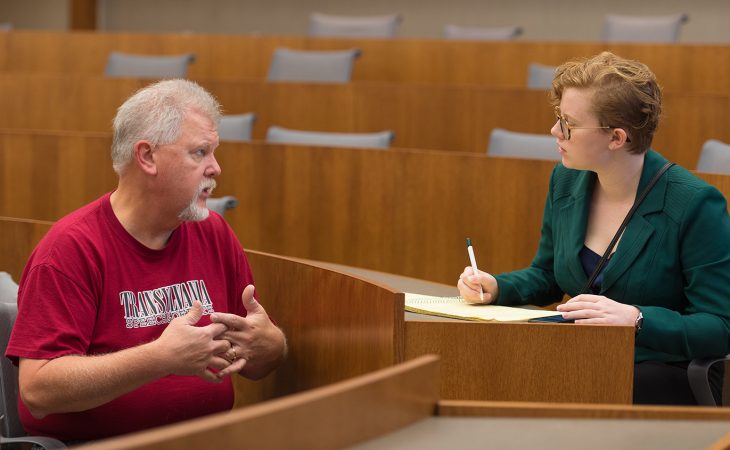 Gary Deaton, an instructor in writing, rhetoric, and communication and director of forensics at Transylvania University, recently received the Undergraduate Mentor of the Year award from the Kentucky Communication Association — for the second time in four years.

The honor recognizes both the stunning success of the school’s speech and debate team, which he leads, and the fact his students are so committed to sharing their academic work at a variety of venues — from conferences to online publishing.

“It means a lot to me, especially because of the name of the award — that it’s about not just teaching but mentoring,” Deaton said. “I feel like mentoring is what I do best, especially under my definition, where one of the main roles of a mentor is to help create other mentors.”

With the speech and debate team and in the classroom, Deaton encourages high-achieving students to mentor their peers. He sees the value of learning from someone around your own age who has recently gone through the same experience. “Often we will listen to people who are more similar to us,” Deaton said.

Also, since many incoming speech and debate members don’t have much previous experience, they’re looking for guidance. “To me, what a mentor does is help guide you from a place where you are to a place where you aspire to be,” Deaton said. “Mentoring is the essence of pedagogy.”

Th success of this approach is evident in how well his speech and debate team has performed over the years.