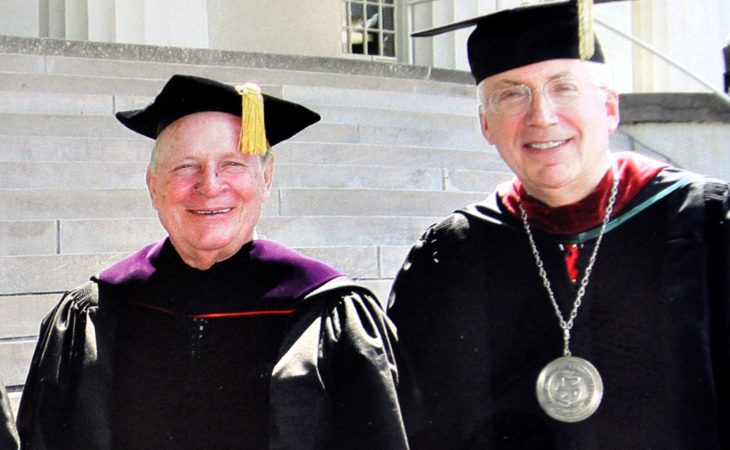 David A. Jones Sr., co-founder and chairman emeritus of Humana Inc. and one of Kentucky’s best known entrepreneurs, philanthropists and civic leaders, passed away on Sept. 18.

Jones, a former Transylvania trustee, had a long history of supporting Kentucky’s oldest university, especially in areas benefiting faculty professional development. He was also instrumental in the dramatic growth of Transylvania’s endowment by underwriting the purchase of stocks in the early 1980s.

At Transylvania, Jones was a founding and current member of the Bingham Board of Trust, which oversees the Bingham Awards for Excellence in Teaching program. Along with his wife, Betty, he created and helped endow the David and Betty Jones Fund for Faculty Development in 1990, a program also managed by the Bingham Board.

“The impact David Jones had on our Transylvania community has been and will be felt for generations,” said Interim President John Williams. “For nearly three decades, the David and Betty Jones Fund for Faculty Development has provided opportunities for our faculty to expand their field of study, advance research and bring their enhanced experiences directly to our students. His investment in the people and facilities at Transylvania has been invaluable.”

Transylvania conferred an honorary degree on Jones in 1981 and the Transylvania Medal in 1994 for his friendship and outstanding service in promoting the interests of the university. In 2007, he delivered Transylvania’s commencement address and received the President’s Award, given in recognition of extraordinary contributions of service and financial support.