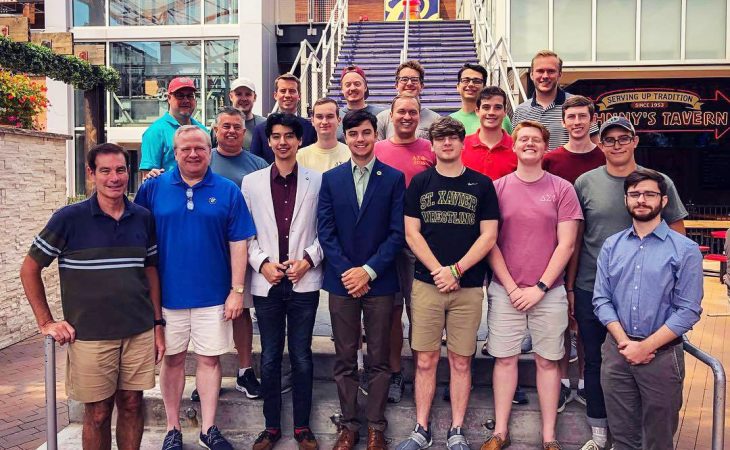 Today, approximately 43% of the student body is a member of one of Transy’s fraternities or sororities. Though there are eight different national chapters on campus, they share common principles and enhance the educational experience by emphasizing intellectual and social development. The work they do on campus is being noticed by their national organizations.

Earlier this month at the Delta Sigma Phi national convention, Transy’s Beta Mu chapter received a Pyramid of Excellence award. It’s the 34th year in a row the chapter has been given the national recognition. At the same event, Daniel Cooper ’19 was named the E. Allen James Outstanding Undergraduate of the Year. Cooper becomes the sixth Pioneer to receive the national award.

“I am grateful to the national chapter for giving me countless opportunities to grow and become a better man, and teaching me the power that giving back has to offer,” Cooper said in a video played at the convention.

At the National Pike University Leadership Academy this summer in Memphis, Tennessee, Transy’s Kappa Chapter of Pi Kappa Alpha was recognized with a GPA Scholarship Award. In addition, the chapter’s Alumni Advisory Board and Alumni Association were both recognized as Organizations of the Year.

Earlier this spring, Transy’s Chi Omega was one of 63 chapters to be recognized with a Chapter of Excellence Award and one of eight to receive a Certificate of Advancement from its national organization.

Also this spring, Transy’s Kappa Alpha Order chapter was awarded a Samuel Zenas Ammen Award for Chapter Excellence, which is given to the top 10% of chapters across the nation. They were also recognized for outstanding chapter growth, excellence in social media communications and project outreach.