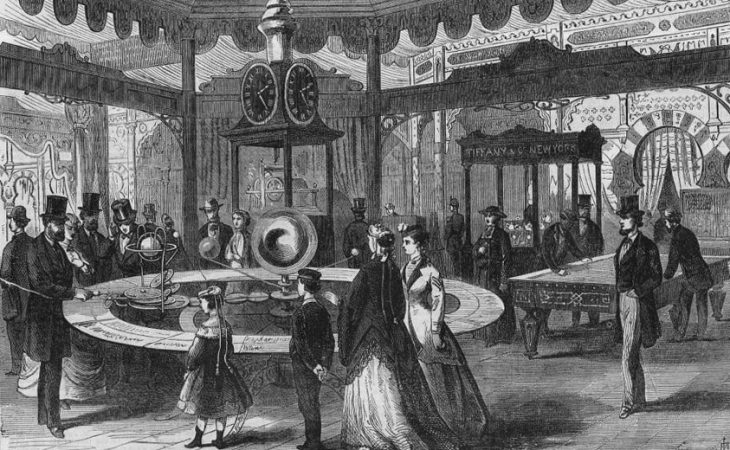 Transylvania University is bringing together cutting-edge and old-school technology — from a 3D printer to an Amish foundry — to restore a device that in the mid 1800s was so ahead of its time it served as a mechanical computer that could even predict eclipses.

Our Barlow planetarium somehow got wrecked en route to a world’s fair more than a century ago and then languished for years in a campus storeroom. It is one of five still in existence out of the roughly 20 original devices, which are mechanical models depicting the workings of the inner solar system.

The project launched with a visit a few years ago by University of Kentucky Extension Professor Brent Rowell, who restores old solar engines from the turn of the last century. Rowell and Day had parts from a similar planetarium in Frankfort, Kentucky, scanned and reproduced with a 3D printer — then they enlisted Amish foundry workers to use these plastic models to create the metalwork using old-timey methods.

The university now has all the planetarium’s structural elements, but is missing a few gears from the gear train, planets (wood covered with gold leaf) and the sun (a brass ball).

Former Transylvania President Seamus Carey championed the project and left restoration money in the budget before he recently departed for Iona College.

The planetarium — also called an orrery — originally came into existence with the help of one of Carey’s predecessors, mathematician James Dodd. President Dodd helped the inventor, Lexington industrialist Thomas Harris Barlow, figure out the math for the gear ratios. Once it was finished, the school paid Barlow $250 in tuition coupons for the machine, a relative bargain given that the U.S. military paid him $2,000 each for two of them.

When the restoration is complete — perhaps in a year and a half — Day isn’t sure where the school will display the planetarium, which measures 13 feet in diameter. He and Carey, though, discussed the new Campus Center under construction as a possibility.

Drawing on Transylvania’s rich scientific history, the machine will join the school’s other icons like the Kissing Tree and Rafinesque’s Tomb.