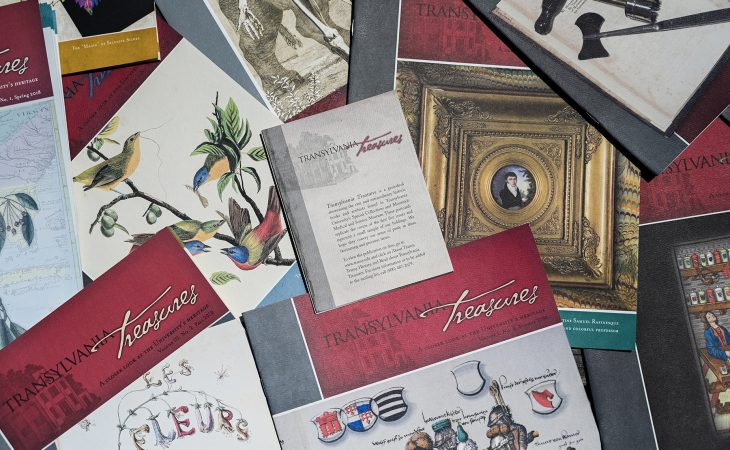 Those are just some of the words used to describe Dr. Charles Ambrose, a University of Kentucky professor who became a champion of Transylvania’s Special Collections. Ambrose passed away on June 29, leaving a legacy of contributions to the history of medical research.

Ambrose was a professor of microbiology, immunology and molecular genetics at UK’s College of Medicine. But his interest in 18th and 19th century medicine is what brought him to Transylvania and built a decades-long relationship with the university’s Special Collections.

“Dr. Ambrose had been coming to Transylvania for years to conduct personal research, but our formal relationship with him started in 2007 when, after conversations with then Dean William Pollard, he created and supported a medical history symposium,” said Susan Brown, director of Transylvania’s library. “Ambrose was passionate about the history of medicine and especially about medicine in the Ohio Valley and in Lexington. He very much wanted everyone to be aware of the rich and important role our area played in 18th and 19th century medicine.”

According to Brown, Ambrose’s enthusiasm for Transylvania’s history expressed itself in his vision for a beautifully designed, award-winning print magazine that showcased the collections and history of Transylvania.

“He believed strongly in spreading knowledge and information about Transylvania’s incredible collections. This became Transylvania Treasures, which would not exist except for his dedicated support,” Brown explained. Ambrose contributed multiple articles for the publication, served on the editorial board, and financially supported the creation and printing of 18 issues.

Ambrose, an avid bibliophile, made use of Transylvania’s collection of rare medical texts for his research. His personal library contains 400 medical texts from the 16th and 17th centuries.

“I will miss Dr. Ambrose’s drive and passion for medical history of the region and for Transylvania’s role in it,” Brown said. “Transylvania University, the library’s Special Collections and the Moosnick Collection have all benefited deeply from his vision, attention and enthusiastic support.”