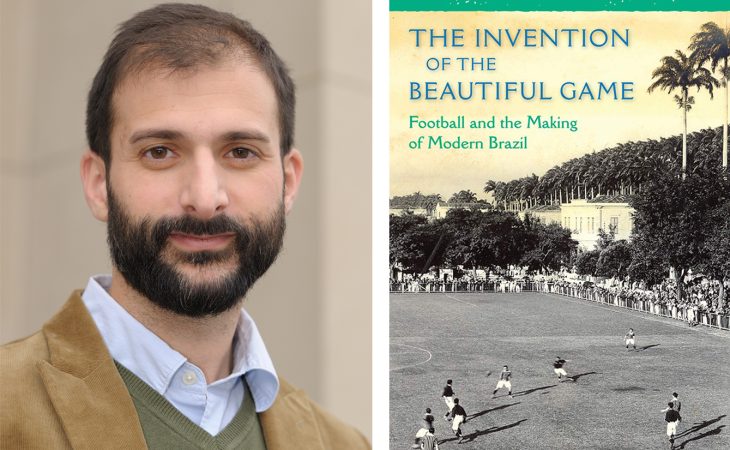 With the FIFA Women’s World Cup beginning this week and the Copa América soccer championship starting June 14, much of the world is ready for some football.

Hear a unique perspective on the sport as Gregg Bocketti, a Transylvania University professor and leading authority on the history of Brazilian and Latin American soccer, talks to New Books Network about his book, “The Invention of the Beautiful Game: Football and the Making of Modern Brazil,” newly released in paperback.

In his book, Bocketti explores factors such as nationalism, race and class on the evolution of soccer in Brazil.

“Bocketti’s work will appeal to readers interested in Brazilian soccer but also more broadly to people in the fields of Brazilian and Latin American history and scholars of sports during the 19th and 20th centuries,” according to New Books Network.

At Transylvania, Bocketti’s research interests—including the deep interactions of athletics and society—are reflected in his classes, which include Sport in Latin America and Public Celebration in Latin America.

“I enjoy introducing students to complex ideas and big questions and helping them understand how these ideas and questions relate to our experiences in the modern world,” he said.

Listen to the podcast below: