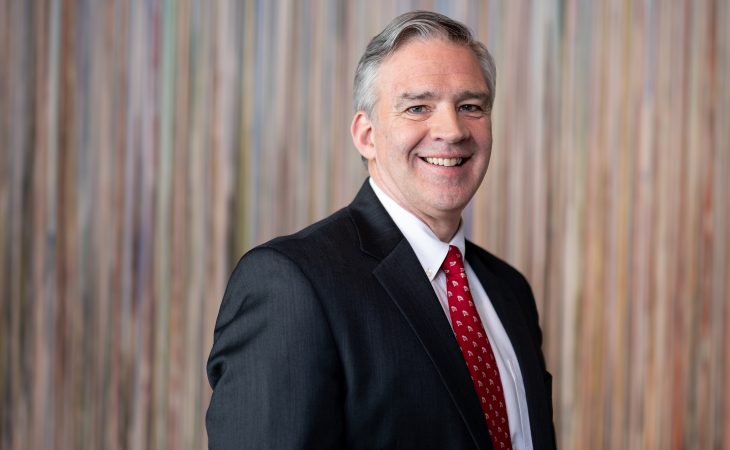 Seamus Carey will step down as president of Transylvania University this summer, Chairman of the Board of Trustees William T. Young Jr. announced Monday afternoon.

Young said an interim president will be identified for the 2019-2020 academic year.

“We are sorry to see Seamus leave Transylvania after five successful years as president. We wish him the best as he returns to New York for his next position,” Young said.

“Serving this community as your president has been an honor and a privilege. I am grateful for all of the support I received and for all of the friendships we developed,” Carey said.

During Carey’s tenure, Transylvania’s campus has been transformed by major building projects—including the construction of three new residence halls and Alumni Plaza. Other work has included the renovation of the J. Douglas Gay Jr./Frances Carrick Thomas Library and the iconic Carpenter Academic Center, and the start of construction on a new, $30-million Campus Center. He also initiated the 100 Doors to Success mentoring program, which helps students transition from college to the workplace, and Project One, a coordinated effort to deepen the university’s commitment to diversity and inclusion.

Following the appointment of an interim president, the university’s Board of Trustees will begin a national search for a permanent successor.