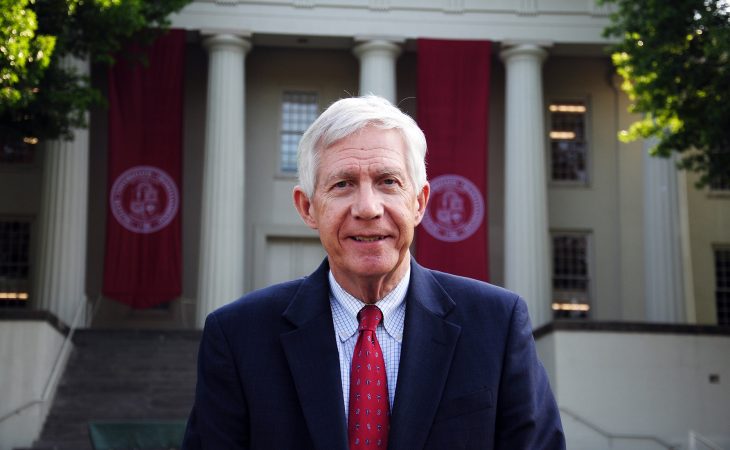 “I am extremely delighted that Dr. Williams has agreed to serve our Transylvania community as interim president,” said Board of Trustees Chairman William T. Young Jr. “This will give us a chance to conduct a comprehensive national presidential search while ensuring the University has strong leadership for the coming year.”

Williams takes over as interim president from Seamus Carey, who was named president of Iona College in New York.

A longtime member of the Transylvania community, Williams joined the Board of Trustees in 2007 and currently chairs the Academic Affairs Committee. In 2009, he and his wife, Lucy, a Transylvania alumna, each received the Morrison Medallion for their commitment to advancing liberal arts education and leadership in supporting Transylvania.

“Transylvania is a vibrant academic community with outstanding students, faculty and staff,” said Williams. “It is an honor for me to serve the University as interim president and share its great tradition of liberal arts education with future generations, just as it has done so well for almost 240 years.”

Williams has served as the chair for the Commission on Dental Accreditation (CODA) and chair of the CODA Predoctoral Review Committee, which oversees accreditation policy for all DDS/DMD educational programs in the United States. He is a member of the Board of Trustees for the Christian Theological Seminary, a director of the Delta Dental Plans of Kentucky and a board member of the Procter & Gamble Global Advisory Committee. He is nationally and internationally known for his work in accreditation, academic program development and assessment.

Transylvania will conduct a national search for a permanent president beginning with the appointment of a search committee this summer. The search will be open to both internal and external candidates.