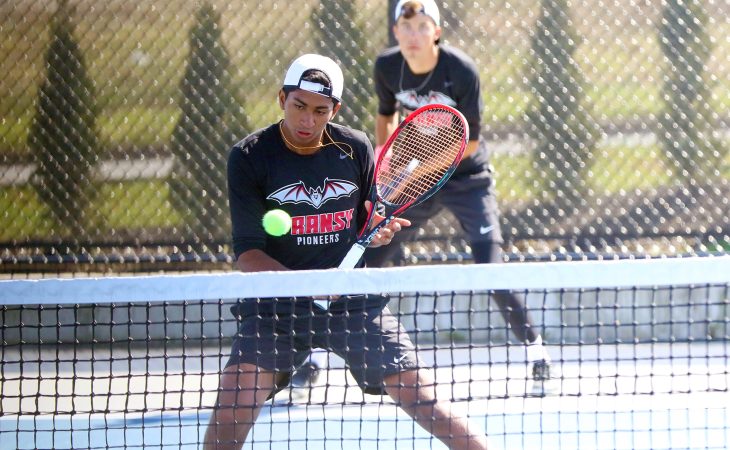 Per the agreement, the 21-court Top Seed Tennis Club will be the home venue for the Transylvania women’s and men’s teams’ matches. Boasting a full-range scale of amenities with unparalleled sightlines for 12 courts and ample space for multiple events, the brand-new state of the art Top Seed Tennis Club immediately becomes one of the premier facilities in Division III collegiate tennis.

“We are excited to call Top Seed Tennis Club our home for men’s and women’s tennis,” said Vice President for Enrollment and Student Life Holly Sheilley. “The ability to play at a state-of-the-art facility is a great opportunity for our student-athletes and goes to our commitment to strive for excellence. We are appreciative of Donia Shuhaiber and Jon Sanders for working with us to make this a reality.”

“Top Seed Tennis Club is proud to partner with Transylvania University,” added Jon Sanders, General Manager of Top Seed Tennis Club. “Coach Calhoun, Coach Carey, and Dr. Holly Sheilley have put together a top-tier program and we are thrilled to be their home courts. The student-athletes at Transylvania conduct themselves with the highest level of competitive spirit and integrity which is why this partnership makes perfect sense.”

Constructed in 2018, the Top Seed Tennis Club lays across over 11 acres of land and features nine outdoor courts and 12 indoor courts, all outfitted with DecTurf playing surfaces.

For student-athletes, the abundance of court space allows each player to get onto the court at the start of scheduled meet times and eliminate waiting times due to limited courts.

While the Top Seed Tennis Club is in the early stages of its evolution, its features and capabilities have already commanded attention from the tennis world, both near and far. In its brief existence, the facility has hosted the USTA Southern Level 2 Junior Tournaments, the KHSAA State Finals, and the USTA Sectional and State Adult Championships. In the future, Top Seed Tennis Club will again play host to the KHSAA State Finals and welcome the USTA Adult and Junior State Championships, the USTA National Level Junior Tournament, and the NCAA Division III National Women’s Indoor Championships.

The game-changing partnership between Top Seed Tennis Club and Transylvania Tennis is one that further advances a pair of Transylvania women’s and men’s tennis teams which continue a steady rise with both teams coming off of impressive runs that ended with appearances in the Heartland Collegiate Athletic Conference Tournaments during the 2018-19 season.

The Transylvania women’s team posted its best finish in the HCAC in seven years with a runner-up showing and appearance in the conference championship match while the men’s team made it back to the tournament for the first time in three years this spring.

Read more on Top Seed Tennis Club and its partnership with Transylvania Athletics on TransySports.com.