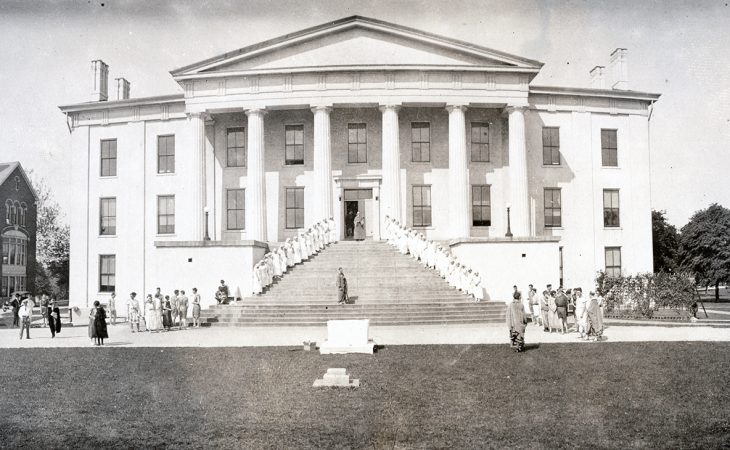 In addition to spotlighting Old Morrison—which is featured on Lexington’s city seal—the self-guided tour will include other nearby properties, including historic homes. Reserve tickets for the event, which is from noon to 5 p.m. Tour participants also can buy tickets at a will-call table in front of Old Morrison.

“Northside’s Home & Garden Walking Tour helps to advance our dedication to the preservation of the Northside’s rich cultural heritage and quality of life of its eclectic residents,” according to the association. “The results of decades of efforts has resulted in a 21st century Northside, where 200 years of American history, passionately maintained, is energized by hip urban renewal.”

Transylvania both benefits from and adds to the cultural value of its vibrant neighborhood.

Built in the 1830s under the direction of statesman Henry Clay, Old Morrison is a registered National Historic Landmark. The building, which was designed by renowned architect Gideon Shryock, served as a Union hospital during the Civil War and houses the tomb of eccentric 19th century professor Constantine Rafinesque.

Also, Pulitzer Prize-winning poet Robert Lowell referred to Old Morrison Chapel in his sonnet, “The Graduate (Elizabeth)”: “Transylvania’s Greek Revival Chapel is one of the best Greek Revival things in the South.”