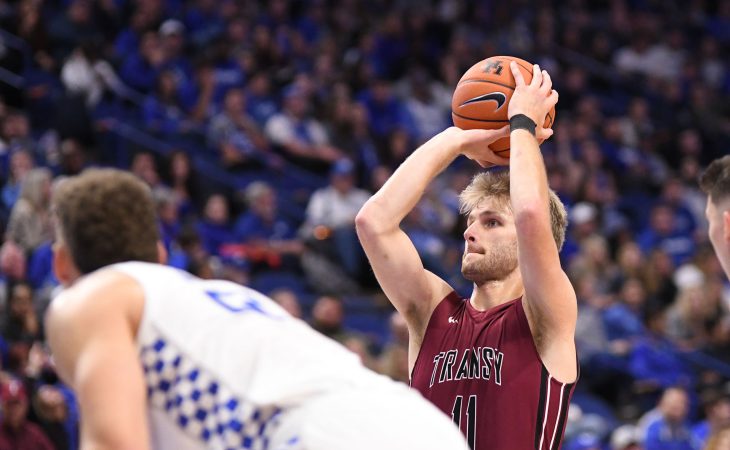 This week, colleges across the country are participating in the NCAA’s Division III Week. Introduced in 2010, DIII Week highlights the role of student athletes at more than 440 schools throughout the United States.

According to the NCAA, “Division III Week is a positive opportunity for all individuals associated with Division III to observe and celebrate the impact of athletics and of student-athletes on the campus and surrounding community.”

At Transylvania, student-athletes participate on 27 intercollegiate athletic teams. Since 2004, the Pioneers have won more than 50 conference championships and, emphasizing the student in student-athlete, have had more than 500 athletes recognized with academic all-conference selections.

“You’re doing it because you love the sport,” said senior men’s basketball player Bo Schuh, who recently reflected on his career at Transy.

“I can walk to class here and I’ll have professors stop me… and they’ll say ‘Hey, you played really well last night.’ I just love how close it is here and how everyone cares about the sport and wants to see the team do well,” Schuh said.

He also sees the value in combining his love for basketball with his academics.

“With an athlete, you see the direct results from a tough loss, a tough practice, a bad play. If you just put your mind to it and say, ‘You know what, forget it. I’m going to do better…’ and then you go do it, you basically see the results and that builds a mindset…. If I put my mind to it and I apply myself, I can do better than I did last time,” Schuh says, which is the same mindset he takes with him into the classroom and beyond.

View more of Schuh’s reflections in this video prepared by Transysports.com for Division III Week 2019.