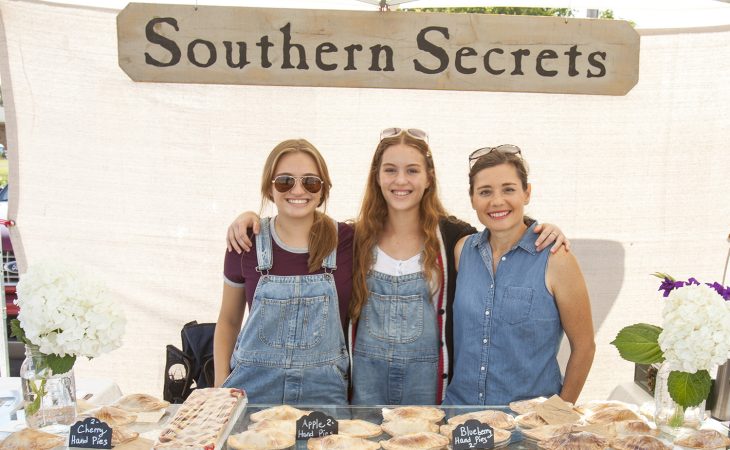 She and 16-year-old sister Makenzie run their own pastry and dessert business, Southern Secrets, which was featured today in an Owensboro Messenger-Inquirer story about a farmers’ market in the western Kentucky town.

The Mahlingers have been vendors at the Owensboro Regional Farmers’ Market for the past three seasons.

Taylor Mahlinger told the newspaper that when she is home from school she helps with the baking—working through the night in the kitchen of her parents’ Owensboro home. She also markets Southern Secrets via their website and social media.

What’s their bestseller? A lemon-blueberry bundt cake made with blueberries from their parents’ yard.

Improvements at the market, which opens April 20, have helped their business. “I think it’s really grown into something special at the farmers’ market, especially in the past year with the new market building,” Mahlinger said.

She keeps busy on campus as well. Mahlinger, who is a writing, rhetoric, and communication major with a music performance minor, is The Rambler student newspaper managing editor and incoming editor-in-chief. She also works at the Transy library, volunteers at The Carnegie Center for Literacy & Learning and WoodSongs Old Time Radio Hour (that story here), and she is a member of the Disciples of Christ group on campus.

Besides being featured in the Messenger-Inquirer, she and her sister also were spotlighted by Owensboro Living Magazine.

Mahlinger appreciates the coverage. “I think it’s great for the state of Kentucky since we are Kentucky Proud members and good promotion for our farmers’ market as well as our business.”