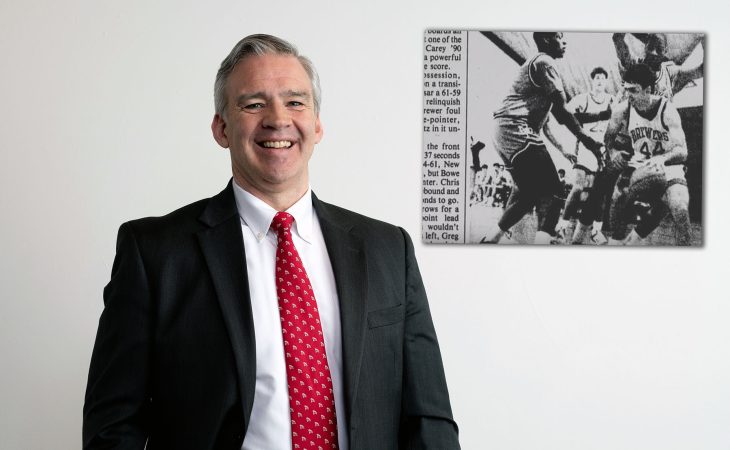 Transylvania University President Seamus Carey knows what it’s like first-hand to be a student athlete. A member of the basketball team at Vassar College, Carey relates to the students at Transy who participate on one of the school’s 27 intercollegiate athletic teams.

“One of the striking things I think I’ve taken away from watching our athletes play is how much fun and joy they have. I think it’s a credit to the coaches, because of the environment they’ve created, to see student athletes being able to express themselves in such a positive way,” Carey said.

Watch the full interview below.