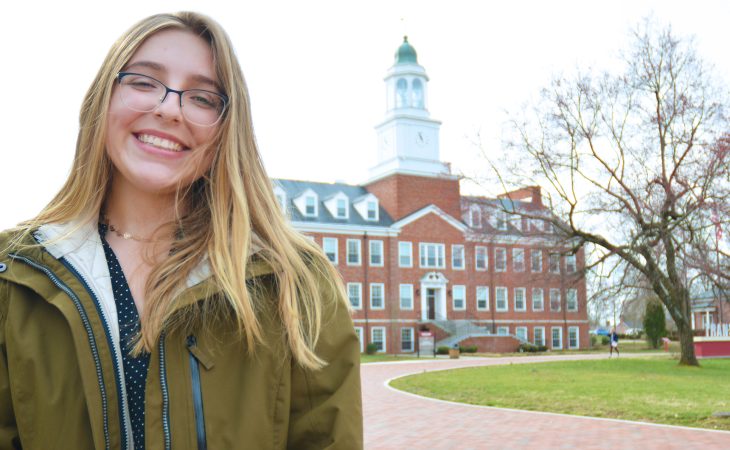 Eastern Kentucky native Hayle Hall, a sophomore at Transylvania University, is a recipient of the U.S. Department of State’s Critical Language Scholarship. She will study in China for 10 weeks in an intensive language and cultural immersion program with all expenses paid by the U.S. government. The program is administered by American Councils for International Education.

Open to American undergraduate and graduate students in all fields, the Critical Language Scholarship supports a broader government initiative to increase the number of Americans who are highly proficient in foreign languages identified as critical to national security and economic success.

“The CLS scholarship is the most prestigious and most competitive scholarship for any student who wants to do immersion learning in the critical language destination countries,” says Qian Gao, associate professor of Chinese language and culture at Transylvania.

The CLS program selects students with promising futures in a variety of career paths. The intention is to develop a globalized workforce that excels in critical languages and increases U.S. competitiveness.

Hall, who plans to blend her interests in Chinese and writing, rhetoric and communications, hopes to pursue a Fulbright award and may venture into global marketing or multicultural communication after graduation. She notes how Transy inspired curiosity that goes beyond basic language-learning.

“Coming to Transy,” she says, “I got more interested in art, economic studies, politics and Chinese culture in general.” Of her pathway to the scholarship and a recent award in Chinese writing, she credits her mentor.

“Dr. Gao has always pushed us and reminded us of the potential that we have in Chinese with our language skills, but also academically and in all the things we can do with the language that will benefit us in the future. She has pushed us to be really proactive with our learning outside the classroom. She not only advocated for that learning, but also provided us opportunities to do it—to bring everything into practice.”

For more about Hall and her recent recognition in the Juhe Chinese Composition Competition, read this blog post.