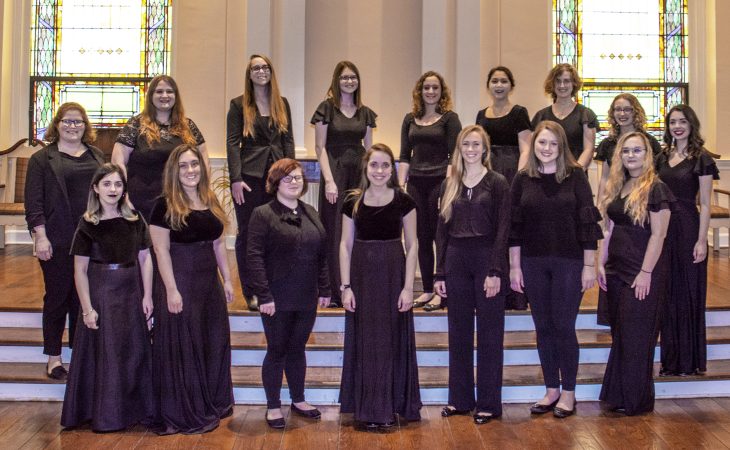 The 7:30 p.m. performance, “Reflections,” is free and open to the public. The program will include a variety of works—from gospel to Kentucky and Canadian folk songs to an arrangement of Billy Joel’s “Lullabye.”

“I wanted something that was just for Transylvania Singers and would suit their identity as a strong, eclectic, treble-voice community,” said Regan MacNay, assistant professor of music and director of choral activities. “Before Christmas, we had an impromptu rehearsal in Old Morrison Chapel, and the entire group enjoyed the experience.”

Later this month the Transylvania University Choir, a combined male and female ensemble, will perform the Verdi Requiem with the Lexington Philharmonic and members of other area college choirs at the Singletary Center for the Arts.