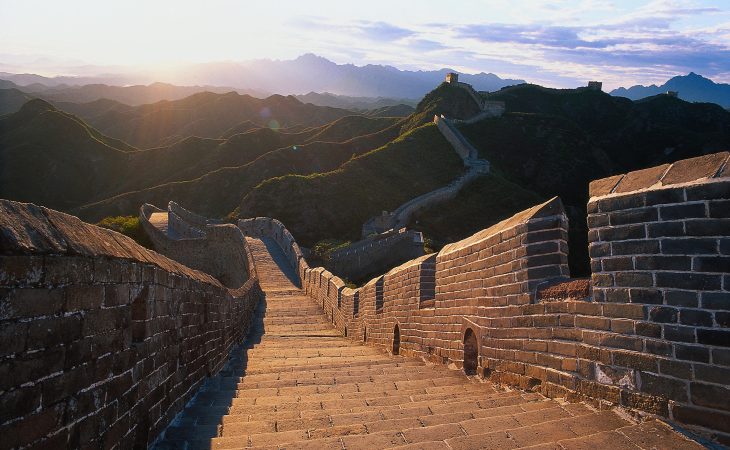 In some ways, Transy’s two winners of the Juhe Chinese Composition Competition couldn’t be more different.

Hayle Hall ’21 grew up in Eastern Kentucky and began to study Chinese in middle school. The writing, rhetoric and communications (WRC) major thought she might study another language when she arrived at Transy.

Moira Hedrick ’20, a self-described military brat whose family lives in Washington, D.C., needed a modern language for her international affairs major. “Something about the challenge of Chinese drew me in,” Hedrick says. “I knew next to nothing about Chinese culture at the time. I thought, ‘Why not?’”

Neither expected to be drawn so deeply into the language and culture of China; nor had they truly considered the powerful role of writing in their learning process.

Both acknowledge Qian Gao, associate professor of Chinese language and culture, for their immersive learning and accomplishments. She motivated them to tackle so much more than the elements of language. Throughout their quest to compete in Chinese, she supported their desire to grow and achieve in the language and as individuals.

Hall remembers how meeting Gao was enough to revive her interest in Chinese. “Her enthusiasm, her attitude and realism really attracted me back to Chinese study—but past the language, as well,” she says. “Coming to Transy, I got more interested in art, economic studies, politics and Chinese culture in general.”

Both competition winners laugh as they recall the red ink that covered the early drafts of their future submissions. They recall how Gao’s edits represented only a fraction of their learning.

I want Hayle and Moira to feel immensely powerful and confident in using the Chinese language to share their ideas with the world. Both are great thinkers. They have beautiful minds. I want them to see that they have the skills and power to accomplish this if they believe in themselves and work hard at it.

For Hall, the WRC major whose writing in English came, perhaps, too easily, the goal wasn’t simply translating and understanding grammar, but thinking in Chinese. “Normally I process in English,” she explains. Writing a poem “forced me to process in Chinese.” Her limited vocabulary prompted her to research the connotations and implications of words. She started her own dictionary notebook. Reading the drafts, Gao would let Hall know why the function of a word wasn’t working.

“She went hard. She really did,” Hall laughs, noting that her first submission to the competition didn’t advance. But this year, she marvels, “by the end of it, I could think in Chinese. The writing process helped me get a really firm grasp on looking at the world in Chinese.” And she’s noticed that she now takes greater care in her English writing, too.

“It taught me to be a lot more critical of what I’m writing,” Hall admits. “In English, I’m guilty of writing quickly and not making a conscious effort. After writing the poem in Chinese—the time and mental strength to do it—it showed me the quality of that work and how I want to translate that to my English writing as well.”

The broader applications aren’t lost on Hedrick either. The study of Chinese has taken her outside the familiar parameters of Western civilization into something entirely new.

“It’s just different from anything I’ve ever learned about,” she says of China. “As a growing world power, it’s probably a country we should know more about. And it has a fascinating culture and history. The more I look into China the more questions I have.”

Hedrick, who began her Chinese studies in the fall of 2017, reflects on her victory just two short years later. “I think it’s the fact that Transy is so small that you can develop a deep relationship with professors, but still have such a wide variety of opportunities,” she says, referring to her experiences on and off campus. “It’s really helpful.”

After volunteering at the Smithsonian’s National Air and Space Museum, where she gained some practical experience communicating with Chinese-speaking visitors, Hedrick now plans to apply for internships in international communications and is thinking about a career as a commercial airline pilot.

Hall knows she’d like to blend her WRC and Chinese experiences in life after Transy. She hopes to pursue a Fulbright and may venture into global marketing or multicultural communication, something she sees as being essential to the world today.

Hall is also the winner of the prestigious Critical Language Scholarship sponsored by the U.S. Department of State. The highly competitive award will give her 10 weeks of immersive study in China.

So much of Hedrick’s and Hall’s broader journey has been inspired by Gao’s love of her subject and belief in her students. Appreciating their professor’s ability to bring all of the elements together, Hall concludes:

“Dr. Gao has always pushed us and reminded us of the potential that we have in Chinese with our language skills, but also academically and in all the things we can do with the language that will benefit us in the future. She has pushed us to be really proactive with our learning outside the classroom. She not only advocated for that learning, but also provided us opportunities to do it—to bring everything into practice.