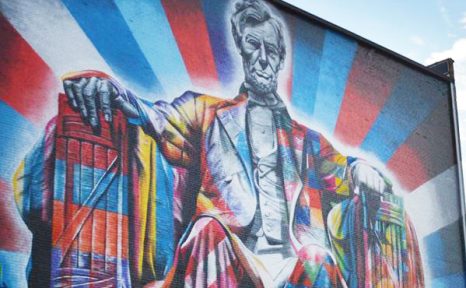 As the nation celebrates Abraham Lincoln’s birthday today, we recall the many connections between Transylvania University and the 16th president.

In his personal and family life, Lincoln returned to his native Kentucky to wed Mary Todd of Lexington, whose family included several Transylvanians, beginning with her father, Robert S. Todd, who entered the university at age 14.

George Rogers Clark Todd, Mary’s brother and a graduate of the Transylvania Medical Department, was Lincoln’s brother-in-law. Todd was the one who gave the school its immense hairball, which came from a cow’s stomach. Measuring 14 inches across, the hairball now resides in our Moosnick Museum.

Another brother-in-law was Ninian Wirt Edwards, an 1833 Transylvania law school graduate; he was married to Mary’s sister, Elizabeth. It was in the Springfield, Illinois, home of Ninian and Elizabeth that Lincoln first met Mary Todd.

Transylvania also was a fertile breeding ground for leaders in many areas of society during the years of Lincoln’s presidency, and he called upon that expertise as he led the nation through one of its most bitter and critical eras.

For instance, Henry Clay taught in the Transylvania law department from 1805-07, after which he served several terms as a trustee and remained a loyal friend and counselor to the university until his death in 1852. Known as the Great Compromiser, Clay achieved national and international fame as a statesman while serving in Congress and as U.S. secretary of state. Lincoln referred to Clay as his “beau ideal of a statesman” and said of Clay in his lengthy and moving eulogy, “His long and eventful life is closed. Our country is prosperous and powerful; but could it have been quite all it has been, and is, and is to be, without Henry Clay?”

Another notable connection was Lincoln’s association with Samuel Freeman Miller, who graduated from Transylvania in 1838 and supported Lincoln’s bid for the presidency in 1860. The president appointed him to the U.S. Supreme Court in 1862, where he served until his death in 1890.

Also, Lincoln’s attorney general was Transylvania graduate James Speed. He earned his law degree in 1833 and was an attorney, professor and politician in Kentucky for many years.

Montgomery Blair also studied in Transylvania’s law school and later served as a U.S. district attorney for Missouri and as mayor of St. Louis. After Lincoln appointed him postmaster general, he created several procedures seen in the modern postal system, including requiring postage from the sender and the return-receipt system.

Another Transylvanian, Cassius Clay, was an outspoken emancipationist and an early organizer of the Republican Party. After Lincoln named him minister to Russia in 1861, Clay helped to lay the groundwork for the U.S. purchase of Alaska in 1867.